Scientists search for unparticle in the Earth’s mantle – find nothing, still happy 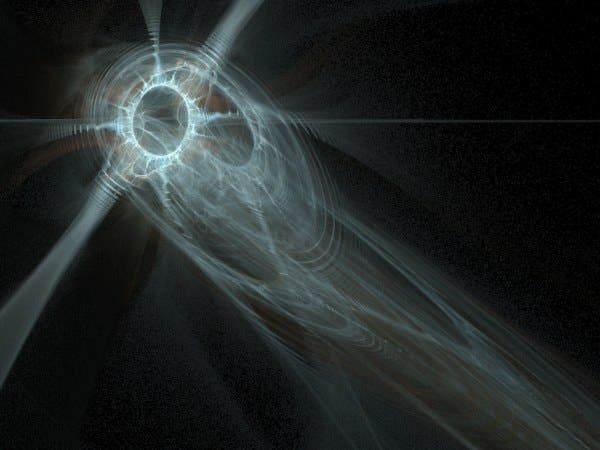 Ok, we know a lot about particles – from electrons and neutrons to the more elusive quarks and leptons, and to the holy Graal of the Standard Model – the Higgs boson; but what’s an unparticle? Well, the Standard Model is just a theory, and there are other theories out there. Unparticle physics postulates that matter that cannot be explained in terms of particles using only the Standard Model of particle physics, because its components are scale invariant. But we have to dive even deeper into the world of physics if we are to understand what this theory claims.

There are four forces that we know of in the Universe: gravitation, electromagnetics, weak nuclear and strong nuclear; every physicist would gladly sell his soul to the devil for a theory that could unify these four forces into a single theory – this would broaden our understanding of the universe so much, it would open a golden age for research of all kind; but at the moment, we’re not even close to that paradigm shift.

But unparticle physicists claim things are even more complicated, and there also exists a fifth force of nature, which is a long-range spin-spin interaction and could loosely be viewed as a version of magnetism that does not weaken as quickly with distance.

Earth as a particle accelerator 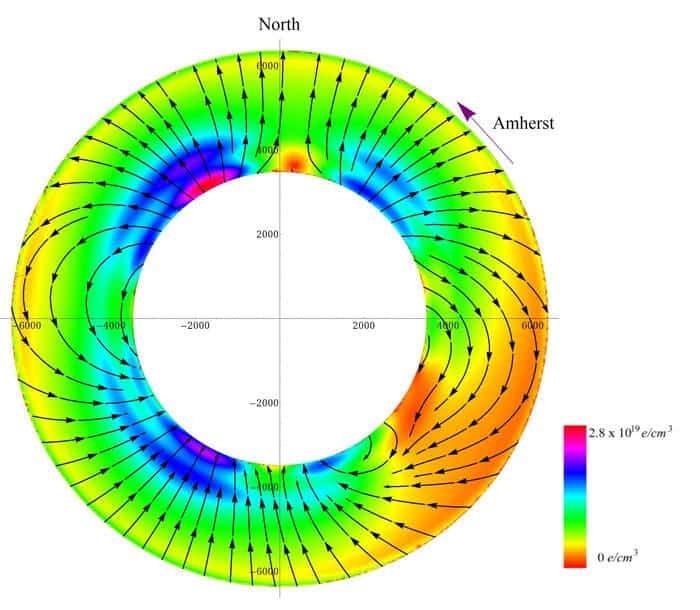 When you stick a magnet to the fridge, it sticks there because the electrons in the magnet and those in the fridge’s steel exterior are all spinning around in the same direction. But longer-range spin-spin interactions are much more of a question mark.

Theory says this fifth force should tweak the amount of energy needed to flip the spin of an electron or neutron, due to interaction with another particle far away. At least, this is what Larry Hunter of Amherst College in Massachusetts and his colleagues claim. They created an experiment which uses the Earth itself as a source of electrons, narrowing down the search for a new force-bearing particle, placing tighter limits on how big the force it carries can be. As a bonus, if their research turns out to be correct, this could also hold important geophysical information on the processes that take place in the mantle.

Believers in this fifth force are split into three camps, depending on where the force can come from: the first possible particle is the unparticle, which behaves like photons (light particles) in some ways, and like particles of matter in others. The second is one called the Z’ (Z-prime), a lighter cousin of the Z boson that carries the weak nuclear force, while the third camp believes there is no new particle at all, but the theory of relativity has some component that is affecting spin.

The unparticle and the mantle 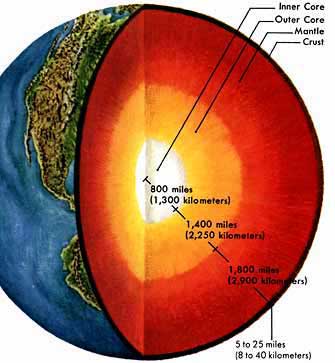 The researchers set out to create what is called an electron map – the spin directions and densities of electrons inside the Earth. To make the map they used the known strength and direction of the Earth’s magnetic field everywhere within the planet’s mantle and crust, again narrowing down

Extreme conditions in the planet’s mantle can affect the spins of electrons in various minerals, and these in turn affect the Earth’s magnetic field. So when researchers analyzed the geomagnetic data, they were able to infer the electron spins and how these spins would interact with particles in the lab via the fifth force (with a certain degree of uncertainty).

Comparing the results of three previous laboratory spin experiments to look for signs that electrons in Earth’s mantle had influenced what was measured showed them nothing – which actually places a useful constraint on their theory – it tells us that the force must be very weak.

“We often spend a decade struggling to get a factor of 10 improvement in a measurement,” says Hunter. “This was like an incredible gift, as we didn’t even have to do a new experiment.”

So basically, even though they elegantly avoid this point, this research could also be the demise of their theory; instead, they choose to interpret it as a constraint that will tell them how not to look for it in the future.

“It’s one of those low probability but high pay-off activities,” he says. “Boy, if you see something, it really is exciting.”