University of New South Wales devised a two-qubit system inside a silicon chip and ran a computer code adapted to the quantum world. Their code passed the notoriously intransigent 'Bell test', making it the strongest evidence yet that quantum computers can be instructed to handle operations.

by Tibi Puiu
in News, Physics
Reading Time: 5 mins read
A A
Share on FacebookShare on TwitterSubmit to Reddit

University of New South Wales devised a two-qubit system inside a silicon chip and ran a computer code adapted to the quantum world. Their code passed the notoriously intransigent ‘Bell test’, making it the strongest evidence yet that quantum computers can be instructed to handle operations. 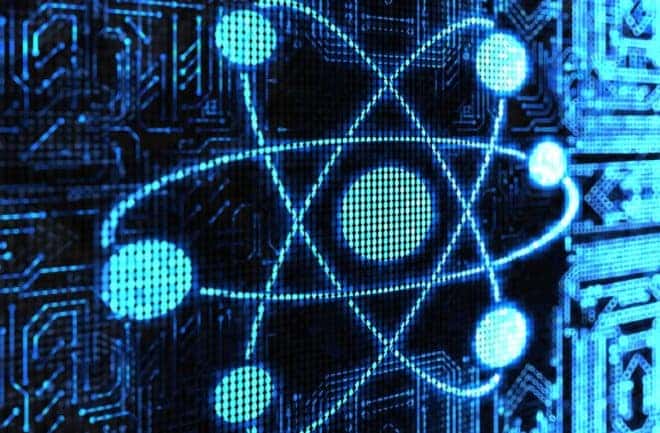 Why should you care about quantum computers

Previously, ZME Science reported how the same Australian researchers devised a working two-qubit logic gate all on silicon chip. Now, the team reports they’ve also crunched some numbers using two quantum particles  an electron and the nucleus of a single phosphorus atom. To understand why this is quite the breakthrough, let’s do a short recap.  Transistors perform logic operations by shuttling bits of data, each assigned a value which is either “0” or “1”. That’s how a classical, digital computer works. Quantum computers, however, use qubits or a quantum bit which can simultaneously exist in both states at once – both “0” and “1”. This is known as a superposition, and if scientists can leverage it then information could be processed in parallel. Two-qubits can perform operations on four values, three on eight values and so on in powers of two. Today’s computers have millions of transistors. Now imagine a quantum logic gate that works with millions of qubits. The computing force would be unheard of.

The quantum code written by UNSW exploits a quantum phenomena called entanglement or “spooky action at a distance”, as the baffled Einstein used to call it. When two quantum particles are entangled, measurements performed on of the two instantly affects the other, no matter how far apart they are. You can have an electron here on Earth, and its entangled mate at the other end of the universe and the two would still instantly react. In September,  researchers at the National Institute of Standards and Technology (NIST) quantum teleported information  from on proton to another one 100 kilometers away. To communicate with Mars, you have to wait a couple of minutes before you can expect a reply since information transfer is limited by the speed of light. It’s conceivable that using quantum teleportation via quantum entanglement that it will be possible to communicate instantly from any point in the universe. It’s quite exciting stuff.

A consequence of entanglement is superposition. Consider two atoms and their property known as “spin” – this is basically whether the magnetic field of the atom points up or down in an external magnetic field.  If two atoms are coupled together in a quantum system (close to each other) like in the case of the H2 molecule,  the spins of both atoms can be entangled together in certain circumstances.  Whether the spins point in opposite directions, up or down, it doesn’t really matter since  both atoms are pointing up and down at the same time. The diagram shows that  we rotate H-H by 180 degrees we get H-H, which is identical. In quantum mechanics, we say these atoms exist in a superposition of states.

Superposition is a basic pre-requisite to writing code for quantum computers. The Australian researchers made an electron orbit the nucleus of a single phosphorus atom, so the two are on top of each other. But were the two particles actually entangled? This is where the famous Bell’s Inequality test comes in, named for the British physicist who devised the theorem in 1964.

“The key aspect of the Bell test is that it is extremely unforgiving: any imperfection in the preparation, manipulation and read-out protocol will cause the particles to fail the test,” said Dr Juan Pablo Dehollain, a UNSW Research Associate who with Dr Stephanie Simmons was a lead author of the Nature Nanotechnology paper.

“Nevertheless, we have succeeded in passing the test, and we have done so with the highest ‘score’ ever recorded in an experiment,” he added.

“Passing the Bell test with such a high score is the strongest possible proof that we have the operation of a quantum computer entirely under control,” said Morello. “In particular, we can access the purely-quantum type of code that requires the use of the delicate quantum entanglement between two particles.”

“These codes are perfectly legitimate in a quantum computer, but don’t exist in a classical one,” said UNSW Research Fellow Stephanie Simmons, the paper’s co-author. “This is, in some sense, the reason why quantum computers can be so much more powerful: with the same number of bits, they allow us to write a computer code that contains many more words, and we can use those extra words to run a different algorithm that reaches the result in a smaller number of steps.”

“What I find mesmerising about this experiment is that this seemingly innocuous ‘quantum computer code’ — (01 + 10) and (00 + 11) — has puzzled, confused and infuriated generations of physicists over the past 80 years.

“Now, we have shown beyond any doubt that we can write this code inside a device that resembles the silicon microchips you have on your laptop or your mobile phone. It’s a real triumph of electrical engineering,” he added.