Scientists find “Angel Particle” — a particle that’s its own antiparticle

It's the confirmation of a long-standing theory. Or is it?

Confirming a theory from the 1920s, Stanford physicists have found evidence of a particle that is its own antiparticle.

In 1928, British physicist Paul Dirac sent ripples through the world of science when he made a stunning prediction: every fundamental particle in the universe has an antiparticle — a particle with the same mass, but opposite charge. When matter and antimatter meet, they annihilate themselves, going out with a BANG. While his prediction was met with some skepticism, it didn’t take long for scientists to discover the first antimatter particle: the position. After the positron — the electron’s anti-particle — was confirmed, Dirac’s theory really took off.

But in 1937, things got even more bizarre. Another brilliant physicist, Ettore Majorana, said that some particles known as fermions can be their own antiparticles. A fermion can be an elementary particle, such as the electron, or it can be a composite particle, such as the proton. But how could such a particle be its own anti-particle? At a first glance, that doesn’t even seem to make sense, but many physicists supported Majorana’s theory.

So fermions were split into two categories: Dirac fermions and Majorana fermions. But the first was certainly a broader category than the second. In order for a particle to be its own anti-particle, it needed to not have a charge; otherwise, it just wouldn’t make sense. All of the Standard Model fermions except the neutrino have charges — so that means they’re Dirac fermions and have antiparticles. The only one whose nature was not settled was the neutrino. Well, it took a much longer time, but scientists believe they’ve finally found a Majorana fermion.

Now, a team of Stanford scientists carried out a series of experiments on exotic matter. Following a plan proposed by Shoucheng Zhang, professor of physics at Stanford, his colleagues and collaborators are confident they’ve found evidence of this phenomenon.

“Our team predicted exactly where to find the Majorana fermion and what to look for as its ‘smoking gun’ experimental signature,” said Zhang, a theoretical physicist and one of the senior authors of the research paper. “This discovery concludes one of the most intensive searches in fundamental physics, which spanned exactly 80 years.”

It’s not the first time this has been suggested. In 2016, researchers from the Fermi National Accelerator Laboratory suggested that the neutrino might be its own antiparticle. But this is the first time a clear indication of such particles has been found.

“It does seem to be a really clean observation of something new,” commented Frank Wilczek, a theoretical physicist and Nobel laureate at the Massachusetts Institute of Technology who was not involved in the study.

“It’s not fundamentally surprising, because physicists have thought for a long time that Majorana fermions could arise out of the types of materials used in this experiment. But they put together several elements that had never been put together before, and engineering things so this new kind of quantum particle can be observed in a clean, robust way is a real milestone.”

The Stanford experiments focused on quasiparticles — not truly particles, but particle-like excitations that arise out of the collective behavior of electrons in superconducting materials, which conduct electricity with 100 percent efficiency. As you’d imagine, the experiments were complex and laborious, but we can understand them by taking it step by step.

It was also tweaked to be magnetic, so that electrons would flow in one way on one side, and in the opposite way on the other side. When Zhang swept a magnet over it, he made the electrons slow down, stop, or even change direction. This wasn’t a linear, smooth process. As it so often happens in quantum mechanics, the process happened in abrupt steps — quanta. At some point in the process, the desired quasiparticles emerged, in pairs.

Zhang and his collaborators then observed these pairs split up, deflected out of the path of flow. They measured the flow of the individual quasiparticles that kept forging ahead. They behaved just like electrons, their movement being determined by the magnetic field. Their movement was also done in steps, but these steps were twice smaller than the electron steps. This was the smoking gun they were looking for. These were the Majorana fermions.

They named them the “angel particle,” a reference to the Angels & Demons book where a secret group plans to destroy the Vatican using a matter-antimatter bomb.

Here’s a lengthy presentation of the process, if you really want to get a feel for what it entailed. 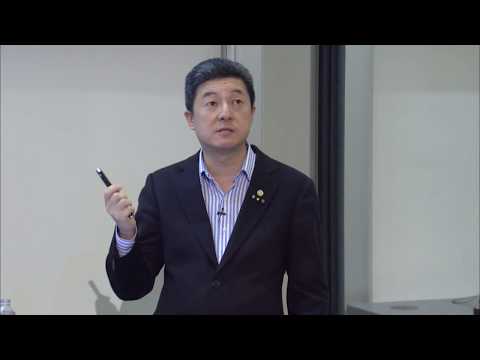 But this isn’t quite like the real thing, says Professor Giorgio Gratta, who also works at Stanford and studies such interactions. He believes that particles and quasiparticles are different beasts and we can learn different things from them. Gratta believes that the quest for understanding if the neutrino is its own antiparticle continues.

“The quasiparticles they observed are essentially excitations in a material that behave like Majorana particles,” Gratta said. “But they are not elementary particles and they are made in a very artificial way in a very specially prepared material. It’s very unlikely that they occur out in the universe, although who are we to say?”

“On the other hand, neutrinos are everywhere, and if they are found to be Majorana particles we would show that nature not only has made this kind of particles possible but, in fact, has literally filled the universe with them.”

In March 1938, Italian physicist Ettore Majorana disappeared under mysterious circumstances while going by ship from Palermo to Naples. We don’t really know what happened to him. Some said he wanted to escape Fascist Italy and lived in Venezuela. Others say he was killed. But if he could see this, no doubt, his smile would stretch from ear to ear.