A trio of papers recently published in Science link hydraulic fracking and geothermal energy production to numerous earthquakes in the United States. 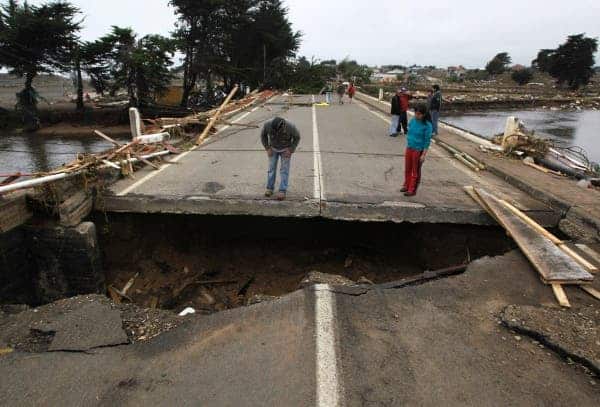 Most of these events have been relatively small, with a magnitude of under 5.0, but a few were quite significant – including the 5.6 event that hit Oklahoma on 6 November 2011, damaging 14 homes and injuring two people, says William Ellsworth, a seismologist at the US Geological Survey in Menlo Park, California – author of one of the papers.

The papers are as follows:

The first paper, written by Ellsworth, shows that the number of earthquakes over the magnitude 3.0 in central and eastern US has increased tenfold in the past decade — from an average of 21 per year between 1967 and 2000 to a maximum of 188 in 2011.

He argues that injecting substances (especially fracking fluids) in the ground, as well as the explosions associated with hydraulic fracking can be directly correlated with the significant growth in numbers of earthquakes in rather unusual areas. Basically what happens is that these fluids injected in the wells lubricate faults and increase slippage – a well documented phenomena.

This paper, published by Nicholas van der Elst from the University of California, Santa Cruz suggests that a recent dramatic increase in seismicity in the midwestern United States may be related to increases in deep wastewater injection – an idea related to the one from the previous study.

He and his team explains that areas with suspected anthropogenic earthquakes are also more susceptible to earthquake-triggering from natural transient stresses generated by the seismic waves of large remote earthquakes.

This is not really explaining a causality between fluid injection and susceptibility to earthquakes, but rather analyzes a correlation between the two, suggesting that fluid injection associated with hydraulic fracking can be correlated with an increase in seismicity.

This third study by Emily Brodsky, a professor of Earth and planetary sciences at the University of California, Santa Cruz, and co-author Lia Lajoie, explain that why the benefits of geothermal energy are hard to deny, increased seismicity commonly accompanies geothermal production.

However, while this study clearly shows a relationship between the amount of fluid injected into the fault and the degree of seismicity, induced earthquake rate cannot currently be forecast based on fluid injection volumes.

So, we’re still trying to understand exactly the ‘side effects’ associated with fracking fluids, but there’s more and more evidence that seems to suggest a causality between them an an increased seismicity in nearby areas.