Nuclear fission amounts for half of Earth’s heat and energy

by Mihai Andrei
in Geology, Physics
A A 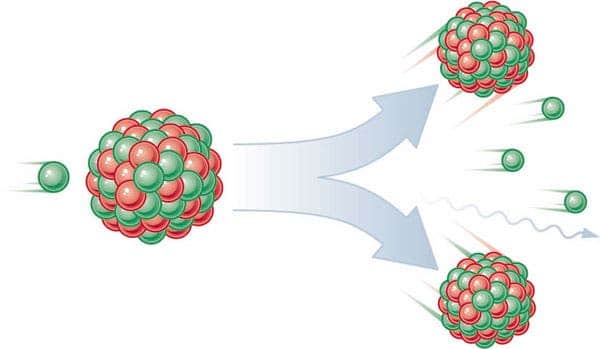 The relatively new theory of plate tectonics is still uncertain about what is the driving force behind the tectonic movement; now, scientists working at the Kamioka Liquid-Scintillator Antineutrino Detector (KamLAND) and the Borexino Detector believe they are close to finding out the answer to that question, after using neutrino detectors and measuring the flow of the antithesis of these neutral particles as they emanate from our planet. Nuclear fission would also amount for half of the Earth’s heat.

Neutrinos and antineutrinos are extremely interesting particles. They are electronic particles that travel at a speed closer to the speed of light, and can move freely through mass and space due to their lack of electronic charge; the magmatic rocks within our planet all contain these particles, in radioactive elements such as uranium, potassium and thorium. Over the billions of years in our planet’s history, these elements have been radioactively decaying, producing heat, energy, as well as these neutrinos and antineutrinos, pretty much in the same way that a nuclear reactor does. Thus, these particles could be considered as a marker for estimating how much energy and heat was produced in this process.

So just how much heat are we talking about ? Researchers estimate that we are dealing with about 20 terawatts of heat, roughly double than what humanity is using at the present. This could also provide the necessary energy to literally move mountains, as has happened during the tectonic history.

Earth’s total heat is estimated at roughly 44 terawatts, a number estimated from calculations conducted on the very deep boreholes from the crust, so nuclear fission would be responsible for almost half of all that. The rest is a result of processes that took place when the Earth was formed, or during some other processes researchers have yet to uncover. Some of the heat is most likely trapped in the nickel-iron internal core of our planet, while the nuclear decay happens mostly in the mantle and in the crust. While there is still something to decay and this process continues, the continents will continue to move and collide, and from what can be estimated at this point, that will not happen for many millions of years.