There's a tune to oxygen, carbon and any other element from the periodic table.

by Tibi Puiu
in Chemistry, News, Physics
A A

There’s a tune to oxygen, carbon and any other element from the periodic table. Asegun Henry, a mechanical engineer at Georgia Tech, wants to turn every element into a corresponding sound. Besides being able to play music, these sounds can be used as a tool alongside diagrams and equations by scientists to distinguish  between the molecular structure for solids, liquids, and gases. Someday, one scientists might have an “Eureka!” moment with his headphones tuned to the music of the elements.

This highly creative endeavor is based on a simple fact of nature: everything vibrates, and when I say everything I mean atoms. Atomic vibration determines key characteristics like density, thermal conductivity or temperature. The same atom or molecule, for instance, will vibrate at different speeds if it’s a solid, gas or liquid.

“My hope is that it will be an interesting tool to teach the periodic table, but also to give people some notion about the idea that the entire Universe is moving around and making noise,” Henry told  Gizmodo. “You just can’t hear it.”

“We have to slow down the vibrations of the atoms so you can hear them, because they’re too fast, and at too high frequencies,” Henry said. “But you’ll be able to hear the difference between something low on the periodic table and something like carbon that’s very high. One will sound high-pitched, and one will sound low.”

Of course, atoms vibrate at tremendous speeds to Henry pitched them down a lot so they enter the audible range. The whole point, after all, is to spot differences in atomic or molecular structure by employing an unconventional sense. For instance, a researcher who might be clobbered by a lot of data could play atoms on his speaker to filter through. A new or unusual ping or hum could prompt the researcher to investigate. Using the LHCSound, researchers at CERN are already detecting subatomic particles by ear. 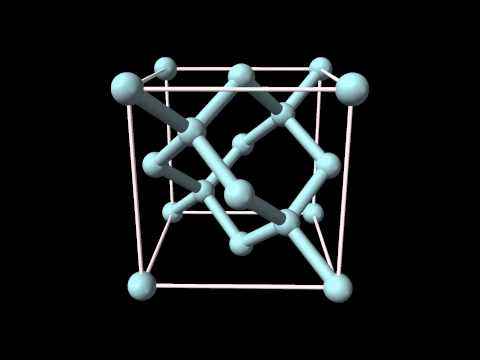 Henry published his initial findings in the Journal of Applied Physics, and also applied for a National Science Foundation grant to turn his catalogue into an app.