Finally an end to this modern Chinese water torture.

A leaky faucet is a form of Chinese water torture. *Plink *plink. Doesn’t it sound like popping brain cells? Suffice to say that many a man has been kept awake by this nuisance — but it’s only recently that some brave scientists have finally understood how to stop it. Contrary to previous research, a University of Cambridge scientist learned that the annoying sound is caused by trapped air bubbles beneath the water. Just adding a hint of dishwashing soap to the to the container catching the drips will stop the sound, according to the scientist. 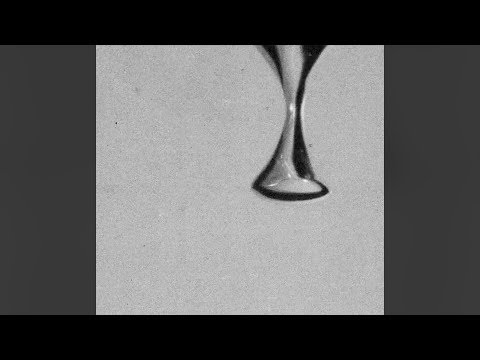 Dr. Anurag Agarwal, a researcher at Cambridge’s Department of Engineering, was once sleeping overnight at a friend who had a leaky roof. Agarwal, who is an expert in the aerodynamics of aerospace, domestic appliances, and biomedical applications, was kept awake by the dripping water. Being an engineer, however, he sought to find a solution.

“While I was being kept awake by the sound of water falling into a bucket placed underneath the leak, I started thinking about this problem,” said Agarwal in a statement.

Instead of plugging the roof, Agarwal went deep at the molecular level. He spoke to a colleague about the physics involved and they both decided to set up an experiment.

Previous studies have proposed that the “plink” sound is caused by the impact of the droplets onto a surface, such as a sink, similarly to how slamming an object against the wall makes a “bang.” Other explanations propose that the plinking sound is generated by an underwater sound field propagating through the water surface, or the resonance of the cavity formed by water hitting a surface.

Agarwal and colleagues set up an experiment using high-speed cameras and high-end audio-capture equipment. Recordings of the dripping water showed that the dripping sound mechanism is actually very different from what was proposed earlier.

Remarkably, the observations suggest that the initial splash, the formation of the cavity, and the jet of liquid are all effectively silent. The annoying plinky sound is actually the result of the oscillation, or back-and-forth movement, of as little as one tiny bubble of air trapped beneath the water’s surface. The bubble causes the water’s surface to vibrate in tune with it, which sends acoustic waves to our ears similarly to how a piston triggers an airborne sound. The trapped air bubble needs to be close to the bottom of the cavity caused by the drop impact in order for the “plink” sound to be audible.

The researchers validated their model by halting the sound, they wrote in the journal Scientific Reports. They simply added a small amount of dish-washing soap to the container catching the dripping water.