What would happen to a space elevator if it’d broke

In one scenario, parts would spiral farther than the moon!

by Tibi Puiu
in Physics, Space
Reading Time: 4 mins read
A A
Share on FacebookShare on TwitterSubmit to Reddit
ADVERTISEMENT

If the idea of a space elevator is absolutely new to you, know that it’s not a joke. Thought it might sound preposterous, some really respectable scientists and engineers say that it could be done, though no material of the required tensile strength exists today. These elevators are intended to do to the solar system what railroads did to the continent, allowing 20-ton electric elevator ‘cars’ to pull themselves into space for a fraction of the cost of an orbital rocket. 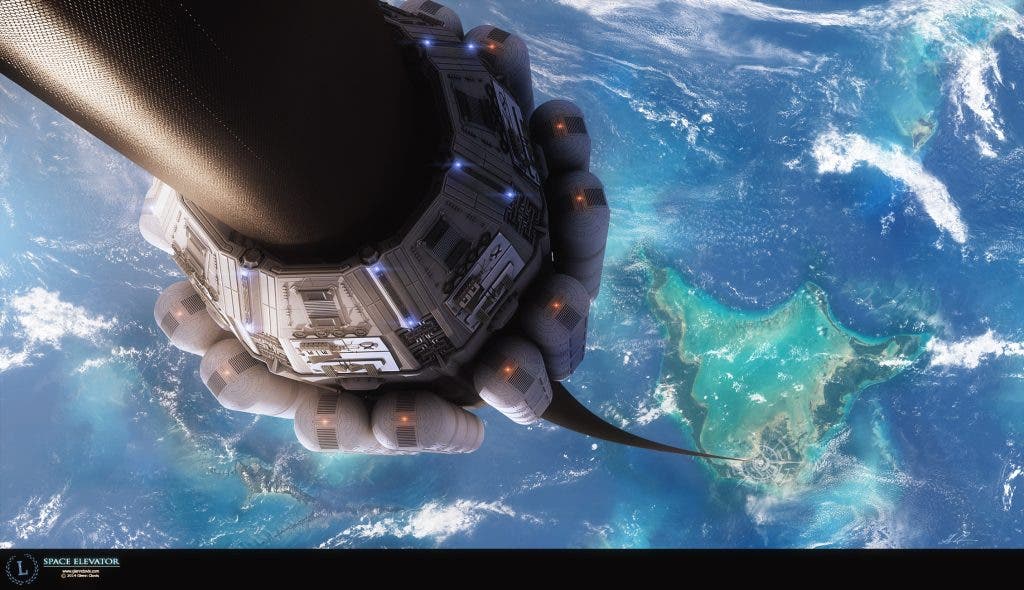 The idea has been thrown around for more than 100 years now, before space flight was even conceivable. One Japanese company plans on stretching a carbon nanotube-made cable 60,000 miles into space, about a quarter of the distance between the Earth and the moon, where it would be jointed to a counterweight. At the other end, ground-side, would lie a spaceport where tourists will be able to embark on the elevator.  Magnetic linear motors would ensure a steady 125 mph ascending velocity, which would add up to 7 days of continuous climbing. They even have a deadline set: 2050. Elsewhere, at Penn State University, researchers devised nanothreds  — thin strands of carbon atoms arranged just like the fundamental unit of a diamond’s structure. These are supposedly stronger than carbon nanotubes and could be used to build the cables for the space elevator.

Now, what would happen if a space elevator broke? This could happen out of a number of reasons from structural failure to a terrorist attack. Blaise Gessend, a researcher at  Suitable Technologies, simulated what might happen in various breaking point scenarios, and produced the GIFs you see below. The elevator either spirals chaotically into the atmosphere or deep into outer space. That doesn’t sound too good!

“The elevator that is simulated is an equatorial uniform stress elevator with Brad Edwards’ standard parameters. Length is 91000 km, density is 1300 kg/m^3, strength is 130 GPa with a factor of safety of 2, Young’s modulus is 1 TPa. The elevator is broken up into 200 pieces and simulated by a springs and masses model. Heavy damping is added by placing dampers in parallel with the springs, this eliminates spurious high frequency noise caused by the discrete pieces of elevator hitting the Earth. Moreover, it is plausible that there will be a certain amount of longitudinal damping in the real material (it could even be engineered in). A time step of 0.5 seconds was used. A simple Euler algorithm is used for solving the differential equation. The simulation is done in a geocentric reference frame rotating with the Earth. Only gravity, centrifugal force and coriolis forces are taken into account. In addition, the Earth is modeled as an impenetrable body with friction on its surface,” Gessend writes on his website.