Is it better to run or walk in the rain to stay as dry as possible? A lifelong physics question

by Tibi Puiu
in Physics, Studies
Reading Time: 2 mins read
A A
Share on FacebookShare on TwitterSubmit to Reddit 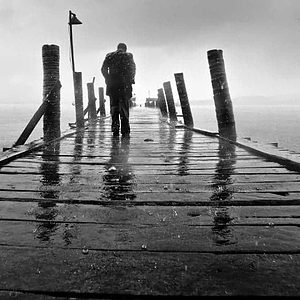 You just got out of the office, looking to head home to a soothing dinner, only to find that it’s raining cats and dogs outside – and you forgot your umbrella of course. Do you walk or run to your car to stay as dry as possible? It might sound trivial, but this is a question that has gained a considerable amount of attention from physicists, and other scientists alike. Various suggestions have been made, the most recent of which comes from Franco Bocci of University of Brescia‘s Department of Mechanical and Industrial Engineering. Bocci used mathematics to describe the problem, and found that running is usually best during most situations, however concludes that there’s an optimal pace for particular conditions.

If you run in the rain, you get exposed to rain for a smaller interval of time than walking, however you also maximize the body surface that directly comes into contact with the rain droplets. Bocci take on the issue comes with a twist as he used simplified geometrical bodies, when previous attempts assumed people to be thin sheets or upright, rectangular boxes.

From his paper, which you can read here in its entirety, complete with equations and thorough statements, the author derived these conclusions:

In short, the answer depends on the shape and orientation of the moving bod, as well as  the wind direction and intensity. You can say that in the majority of cases, when rain is joined by little to no wind, it is better to run if your intentions are of staying as dry as possible.

Bocci’s paper was published in the journal European Journal of Physics.