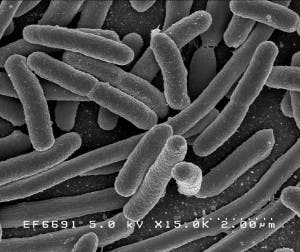 We already know about numerous extremophiles, microbes that can live in incredibly extreme conditions, which would easily kill almost every other creature. There are bacteria which survive in extremely high or low temperatures, in substances with an extreme pH, surrounded by nothing but solid rock, in the depths of the ocean, and so on. But now, researchers have found a different kind of resistance for bacteria: the ability to survive at a gravitational force 400.000 times bigger than normally on Earth.

Researchers took E. Coli, a rather common bacteria, and numerous others, and spun them in a centrifuge at maximum speed, which created a force of 400.000 g’s; anything over 50 g’s would kill humans. They not only survived this extreme experience, but also thrived and multiplied. So this could prove to be very important for astrobiology, proving that bacteria can actually survive in huge planets with a gravitational pull much larger than Earth, which was previously thought to be impossible.

They say that you don’t have to be big to be tough – and these little critters prove just that; it’s their small size that makes all the difference in this case, because if they were bigger, they wouldn’t be able to resist in such hypergravity.