by Tibi Puiu
in Green Living, Renewable Energy, Robotics, Science
Reading Time: 2 mins read
A A
Share on FacebookShare on TwitterSubmit to Reddit 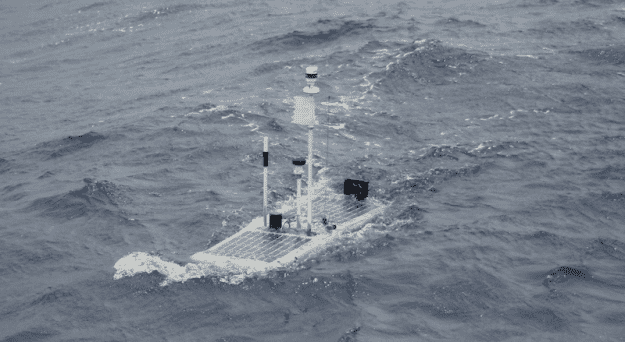 After it was first cast out to sea less than a year ago from San Francisco’s bay, the PacX Wave Glider, also known as Papa Mau, finally reached the end of its epic journey after it reached Queensland, Australia setting a new world record for the longest distance traveled by an autonomous vehicle. PacX swam over 9,000 miles.

Designed for data collection, Papa Mau surveyed areas of the Pacific providing high-resolution data that previously couldn’t be available over such vast distances and time frames. During its journey, the swimming robot that is powered exclusively by waves, had to fend off gale force storms, sharks, made dangerous maneuvers around the Great Barrier Reef and surfed across Australia’s  traitorous currents.

“This shows you how robust these things are, and it showed us how much data it could collect,” said Ed Lu, chief of innovative applications at Liquid Robotics, in an interview with VentureBeat. “These are very sophisticated, almost like small spacecraft.”

Papa Mau is designed to go for up to six months without a maintenance check and can prowl the ocean for as long as two years, thanks to its clever propulsion system that harness the power of the sea, and the solar panel that charge during the day to power data collection instruments and wireless networks that transmit data back to shore.

The fully autonomous swimming vehicle is comprised of two main parts –  the upper half of the Wage Glider is shaped like a stunted surfboard, while the bottom section is made up of a number of fins and a keel. Liquid Robotics, the company that made the Wave Glider, currently has three more robots surfing the Pacific on various routes destined from Japan and again Australia.

“To say we are excited and proud of Papa Mau reaching his final destination is an understatement,” Liquid Robotics CEO Bill Vass said. “We set off on the PacX journey to demonstrate that Wave Glider technology could not only survive the high seas and a journey of this length, but more importantly, collect and transmit ocean data in real-time from the most remote portions of the Pacific Ocean. We’ve demonstrated delivery of ocean data services through the most challenging ocean conditions. Mission accomplished.”