Mysterious compound could in fact be the key to ocean life

by Mihai Andrei
in Biology, Chemistry, Oceanography
A A 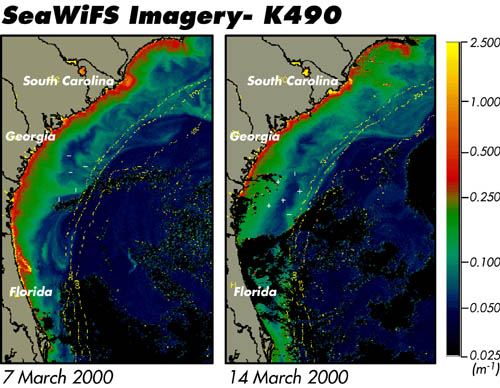 To understand this, you need just a very basic knowledge of chemistry, nothing fancy. When small parts of organic matter break down, they could go into rivers or ponds where they could cause a buildup of yellow-brown organic matter that amasses as the tiny plants die. Of course, this matter decomposes into something which is called chromophoric dissolved organic matter (CDOM).

In fact, its origin is well known in coastal and inland waterways, but as far as oceans are concerned, scientists know have far less info about it. Heterotrophs (microscopic organisms that can’t produce their own food, such as bacteria) are believed to be responsable for the production and release of the organic chemical compounds into the environment. What researchers do know is that CDOM, when struck by sunlight, plays a critical role in ocean chemistry, having a significant impact on the greenhouse gas emissions that can in turn warm the planet, sulfur compounds that can cause cloud formation that can cool the planet, and iron concentrations that are critical to ocean plants.

If scientists are gonna be able to solve its misteries, they will have a better understanding of life in the oceans and how marine organisms are affected by light. According to University of California at Santa Barbara researcher Norm Nelson, nobody’s done this before.

“We got into the study of CDOM by accident,” said Nelson. “My colleagues discovered the presence of an unknown factor that controlled the color of the Sargasso Sea off Bermuda that wasn’t phytoplankton [tiny marine plants], which we’d always assumed was the most important. I made some measurements that demonstrated it was CDOM, and a whole new area of research opened up for us.”