Sure, it gets your attention but few are actually reaching their wallets.

“Sex sells” has to be one of the oldest and most abused adages in advertising. Many companies will stand by it almost religiously, believing there’s nothing that a generous cleavage and some toned abs can’t sell. But as it so often happens, science is here to ruin things. An analysis of 78 studies on sex in advertising found that that’s not really the case. Not only are people not more likely to buy products following such ads, but they were more likely to view these brands negatively.

John Wirtz, an advertising professor at the University of Illinois, studies how ads impact our behavior. He carried out a meta-analysis (a study of studies) to see how sex falls into this equation. His findings were quite clear and trenchant: it just doesn’t.

“We found literally zero effect on participants’ intention to buy products in ads with a sexual appeal,” Wirtz said. “This assumption that sex sells – well, no, according to our study, it doesn’t. There’s no indication that there’s a positive effect.”

Not only was there no positive effect, but there was actually a (relatively minor) negative effect.

Sex in advertising has a long history. We don’t really know how sex was involved in selling stuff in ancient and medieval times, but in more modern times, sex and advertising often go hand in hand. The idea is that sexual suggestion stir fantasies in consumers’ minds, who then associate these enticing feelings with the product itself and thus become more likely to buy it. It all started in 1871, when Pearl Tobacco shocked the world with their ad, featuring a nude woman floating above some stormy seas. We’re not going to share that image, but if you want, you can see it here. When Pearl did this, it’s like they opened the gateway for other companies, which didn’t hesitate to take the same path. Just have a look at Ivory Soap ad from the early 1900s, depicting a group of sailors taking a bath together (text written below).

“We all had a bath…about 25 being under the hose at one time…It certainly seemed like home to rub in the mild Ivory lather from head to foot and then feel the delightful exhilaration following a brisk rub down”.

In recent times, ads like the ones from Carl’s Jr. show that the trend is still well alive. Watch the clip at your own risk. 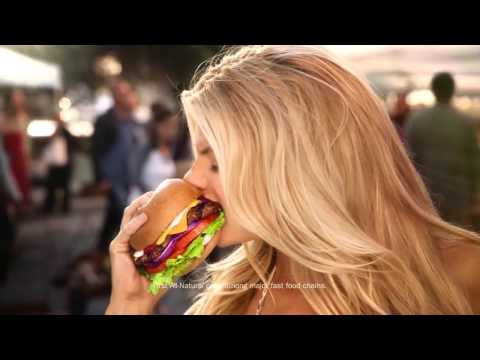 If you think about it, it’s a bit silly. After all, what does sex appeal have to do with hamburgers or cigarettes or soap? Not much. It’s all based on the idea that sex sells. At a first glance, it might seem that it works.

Men especially seem to click with these ads. Participants in the study said they liked the sexualized ads, which is understandable. Women didn’t connect with them at all, which is again understandable, especially since the ads are specifically tailored to appeal to men. But even in men who liked the ads, there was no long-lasting difference. They weren’t more likely to buy the products or even remember the brand or product name. Making ads that people like but don’t sell is a pyrrhic victory, and generally regarded as unsuccessful.

This isn’t the first study to come up with these conclusions. In 2015, researchers from Ohio State University performed a similar meta-analysis of 53 studies and found similar conclusions. 2016 analysis of six years of Super Bowl ads found that sexy Super Bowl spots scored 9% lower overall than non-sexy ads.

The bottom line is that sex doesn’t really sell, and might even be counterproductive. Hopefully, companies will take the cue.