One amateur inventor turned upside down the design of scissors which had been unchanged for two thousand years.

The design of scissors has been essentially the same since these were invented in the 3rd century B.C. in Egypt. Two handles for your thumb and index finger lock two blades together that cut material in the direction facing your two fingers. For more than two thousand years this has been the norm, with some minor upgrades and downgrades like better blades or fragile plastic handles, respectively. Frustrated by the lack of versatility, an amateur inventor took matters into his own hands.

His revamped pair of scissors, called the Right Shears, uses handles at a 90 degrees angle from the cutting direction.  Shane Vermette, the man who invented the new scissors, says the improvement in ergonomics is incredible. The grip is better and cutting is a lot more comfortable.

When asked by the Daily Dot to explain the motivation behind the new design, Vermette said he was first and foremost trying to solve a problem he was dealing with.

“Honestly I was just trying to solve a problem I was facing with a tool that I wanted to use.” In an effort to cut metal mesh to create a vent cover, it took Vermette and his father-in-law to cut through the material. “It did seem ridiculous,” he said, “and it was one of those moments where once the solution occurred to me I was like, ‘I have to build this.'”

Since he posted videos online of his contraptions, Vermette says many people have expressed interest in owning one. For now, Vermette is in talks with a manufacturer to bring his Righ Shears to the market, though no information about pricing has been given yet. Vermette says these should cost more than a pair of high-grade scissors currently on the market.

The first model will also be for right-handers only, even though Vermette is left-handed himself. “Since we are greatly outnumbered, I need to cater to all the righties out there for now,” he explained.

Look for a crowdfunding campaign by Vermette which is scheduled to launch soon, and you could be among the first to buy a pair. 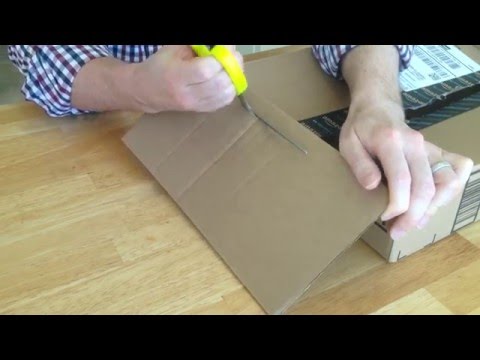 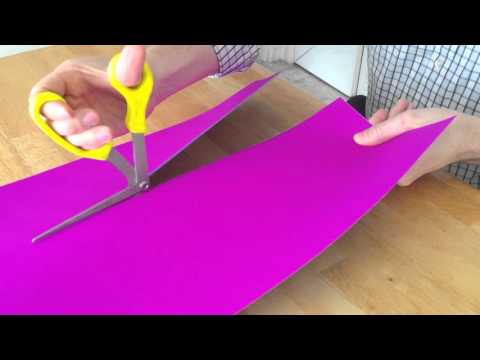