Inspired by the pitcher plant and rice leaves, researchers have devised a new method that harvests water straight from the air.

Researchers at Penn State and the University of Texas at Dallas have devised a slippery rough surface that can harvest water from the air. The novel water-harvesting surface is inspired by pitcher plants and rice leaves and can outperform other similar technologies.

In the full drought areas, where rainfall is extremely rare or virtually nonexistent, a few specialized plants and insects have devised ingenious strategies to cope with the harsh conditions — they pull and collect water right out of the air, from the fog which drifts nearby. Inspired by nature, scientists have devised all sorts of technologies to literally harvest water out of thin air — the problem is that these are inefficient, says Tak-Sing Wong, an assistant professor of mechanical engineering at Penn State.

The basic setup of such water-harvesting devices is a hydrophilic (water-attracting) surface. However, such surfaces are so good at attracting water, that the liquid clings to the water-harvesting surface, making it hard to remove it so more water can be collected. With the help of colleagues from UT Dallas, Wong was able to combine two different biological strategies to engineer a slippery surface for water harvesting. Specifically, the researchers mimicked the slippery interface of a pitcher plant and the surface architecture of the rice leaf, whose unidirectional grooves allow water to drip easily in one direction, but not in the other.

“We borrowed the design concepts from the pitcher plant – which has a slippery interface, and the rice leaf – which has directional micro-grooves – to create a directional lubricated surface that can remove water rapidly as soon as they are collected onto the surface,” Wong told ZME Science. 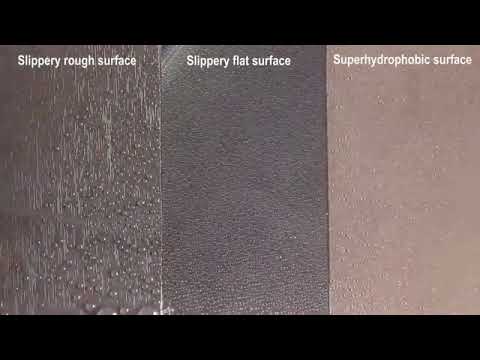 Experiments showed that the slippery rough surface can collect water droplets from the air faster than any other competing technology. By one estimate, it can collect 120 liters of water per square meter per day.

“In comparison, typical fog harvesting materials can collect water on the order of 1 to 10 L per square meter per day,” Wong said.

What’s more, the water harvesting rate can be further optimized, which is what Wong and colleagues are planning to do in the future.

“Our surfaces can be incorporated into a range of materials including metals such as aluminum using economical industrial processes – the cost would depend on specific materials and the processes required for the applications,” Wong told ZME.

“We are currently exploring the water harvesting performance of our engineered surfaces under a range of environmental conditions – our goal is to develop the best water harvesting surfaces that can collect maximum amount of water directly from the air in a simple and economical way in order to resolve the water scarcity challenge around the globe,” the researcher concluded.

The findings appeared in the journal Science Advance.