The interview features some practical advice for young innovators. Hint: you don't need to aim very high to have a lasting impact.

by Tibi Puiu
in Biology, News, Videos
Reading Time: 2 mins read
A A 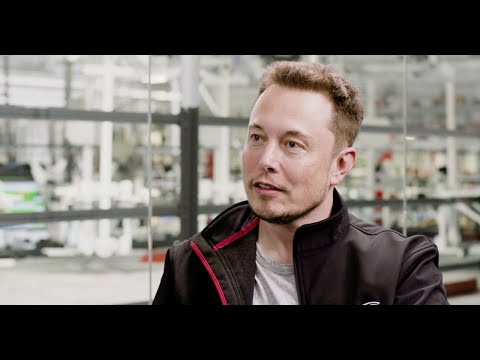 In an interview for Y Combinator‘s How to Build the Future series, Elon Musk spoke a bit about the most important issues humanity ought to address. The SpaceX and Tesla Motors CEO is famous for listing five pathways that need to be developed fast in order to secure our future while he was still in college, in his twenties. These five leading pathways were:

Some 25 years later, Musk, who said in the interview he only wanted to find ways to become ‘useful’, has impacted three out of the five pathways, namely space exploration (SpaceX), sustainable energy (Tesla Motors and to an extent Solar City) and the internet (PayPal). Musk is also directly involved with a non-profit called OpenAi which has $1 bn. in funding and whose ultimate goal is “to advance digital intelligence in the way that is most likely to benefit humanity as a whole, unconstrained by a need to generate financial return.”

When asked which sectors ambitious twenty-year-olds today should follow to generate a lasting impact, Musk told the Y Combinator interviewer that, in his opinion, these might be genetic reprograming, increasing the bandwidth interface of the brain, and — as a recurring theme — artificial intelligence. Musk was careful to note, however, that young people don’t need to change the world to have an impact.

“First of all, if somebody is doing something that is useful to the rest of society, I think that’s a good thing. It doesn’t have to change the world. Frankly, even if it’s something like a little game or some improvement in photo-sharing — if it has a small improvement for people, I think that’s fine,” Musk said.

In the rest of the interview, Musk talks about what prompts him to make courageous leaps forward (spoiler: Musk feels the fear of failure as strongly as anyone), what are the odds of colonizing Mars (very good!), or why you don’t (necessarily) need a PhD to change the world.