by Alexandru Micu
in News, Physics, Science
A A

A team of Australian researchers has developed a method of producing a harder-than-diamond diamond in the lab.

Up to the start of December, diamonds were the hardest natural material on Earth. Now that title has been taken, confusingly enough, also by a diamond — not a natural one, but one created in an Australian lab.

Known as Lonsdaleite and first found at the cores of meteorite impacts throughout the world, this type of diamond is special because of its crystalline lattice — the way atoms order themselves. Typical diamonds are made up of carbon atoms arranged in a cubic lattice, which looks like this:

The cubic structure is mainly dictated by carbon’s valency of 4 (meaning each atom tries to tie to 4 others around it) and is extremely resistant. Lonsdaleite, however, has a hexagonal lattice that makes it up to 58% harder than regular diamond. It’s so strong, in fact, that one of the most immediate uses the team suggests for Lonsdaleite is in mining, where it can be used to cut through ultra-solid materials — such as other diamonds.

The team created the new diamond by nanoengineering it from scratch — they basically built it piece by piece from amorphous carbon, a type of the element which doesn’t have a set form.

“We’ve been able to make it at the nanoscale and this is exciting because often with these materials ‘smaller is stronger’,” said lead researcher Jodie Bradby from the Australian National University.

They created the diamond by pressing amorphous carbon in a device called a diamond anvil. It’s made up of two opposing diamonds that are pressed into each other to recreate the huge lithologic pressures found at the depths where diamonds form inside Earth.

Using this device, the diamonds can be produced at temperatures of “just” 400 degrees Celsius (752 degrees Fahrenheit). That’s almost 50% less than required for previous methods, meaning they’re a lot cheaper to churn out even though they’re a lot harder than regular diamonds. You can see the device in action in this video: 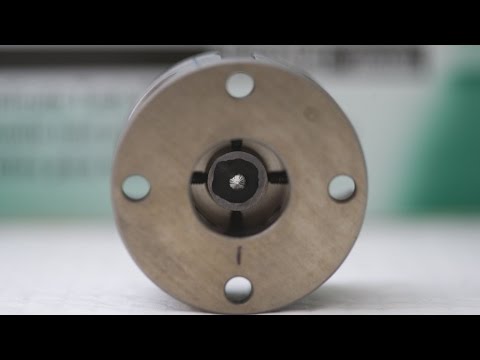 The team is now conducting tests to determine exactly how hard their diamonds are compared to existing alternatives — although, if natural Lonsdaleite is anything to go off it’s probably pretty hard.

“This new diamond is not going to be on any engagement rings. You’ll more likely find it on a mining site,” said Bradby.

“Any time you need a super-hard material to cut something, this new diamond has the potential to do it more easily and more quickly.”

The full paper “Nanocrystalline hexagonal diamond formed from glassy carbon” has been published in the journal Scientific Reports.