Robots are now beating us at computer games.

After chess and Go, artificial intelligence starts beating us at more and more games. If just for a section of the game, AI proved superior to the Dota 2 pros. 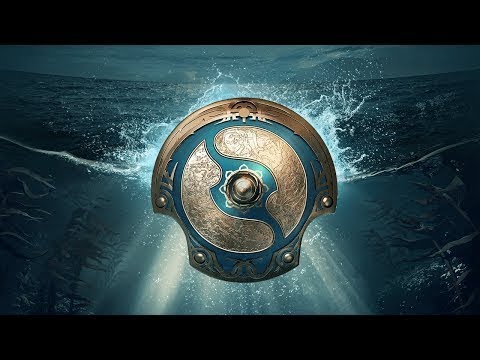 As the world’s biggest eSports unfolded, fans in Seattle’s KeyArena were given a special treat. While 18 teams were fighting for the over $24,000,000 prize pool, an unlikely contender entered the ring: a bot from Elon Musk-backed start-up OpenAI. OpenAI made short work of Danylo “Dendi” Ishutin, one of the most respected pros in the scene, though only for the opening phase of the game (the laning phase).

Defense of the Ancients

Defense of the Ancients, or Dota, started as a battle mod of Warcraft III, all the way back in 2003. Since then, the project developed as a standalone game — becoming Dota2. Year after year, the player base grew, the game developed, and the scene flourished.

In Dota, two teams of five players fight against each other, with the goal of destroying each other’s base. It’s a surprisingly complex game, with many facets. First, teams take turns picking and banning from a pool of over 100 heroes, each with their own strengths and weaknesses — as well as an arsenal of unique skills and spells. There’s a lot of strategy involved in this phase, as well as in the gameplay itself. In several ways, Dota is like a game of chess. Of course, being nimble with the mouse and keyboard, knowing when to attack and cast abilities is also crucial, but what really makes Dota the hit it is today is the team play. It’s a 5v5 game, with each player playing a distinct and very important role.

The AI didn’t go through all these phases — not yet at least — so we can still enjoy human supremacy. But for the simpler early stages of the game, the ship has long sailed.

More than two decades ago, in 1996, IBM’s Deep Blue chess algorithm shocked the world when it defeated the world champion, Gary Kasparov. In 2016, another AI beat the Go world champion, which is even more impressive, considering that Go has over 10600 more possible moves than chess. That’s way, way, way more than there are atoms in the Universe. But Dota, as many other computer games, has a few fundamental differences from chess and Go.

For starters, you don’t see all the map/board. In chess and Go, both players see the same thing: everything. Dota involves the so-called fog of war — players see their own side of the map and are unaware of what is happening outside it. Making algorithm-based decisions when you don’t have all the information becomes immensely difficult but after only two weeks of training, the AI managed to beat the pros in a 1v1 game.

In those two weeks, it amassed lifetimes of experience, which was easily visible in the matchup. Like the other players who faced it, Dendi expressed surprise that the bot beat him so easily, saying that it “feels a little like [a] human, but a little like something else.”

There’s still a lot of ground to cover before a bot team can take on a human team — the 1v1 game is only a mock simulation of the 5v5 game — but it feels like AIs are stepping into a whole new world where they just shouldn’t. Next year, the plan is to have a full bot team take on the humans.

Elon Musk, the mastermind behind Tesla Motors and SpaceX, founded OpenAI as a nonprofit venture to prevent AI from destroying the world, something which he has been very vocal about. For now, the AI is limited to eSports parlor tricks but even this seemed unbelievable just a few months ago. Who knows what will happen next?