by Mihai Andrei
in Science
ADVERTISEMENT

After James Cameron, the director of movies such as Titanic and Avatar, became the first man to perform a solo voyage to the bottom of the Mariana Trench, the deepest point on Earth, another Hollywood director is set for an astonishing feat; but Steven Spielberg won’t be hitting rock bottom – instead, he will be reaching for the stars.

“We are very proud to announce Steven Spielberg as the first passenger of the Hermes mission, which is set to launch in 2013. Of course, he will be accompanied by other astronauts, as well as a geologist, but it is still not yet certain exactly who else will be with him. [..] We have chosen mister Spielberg due to his tireless struggle to promote science in his movies.” 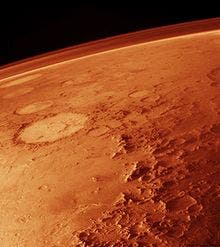 Spielberg long announced that it would be his dream to travel to another planet; the man who produced E.T., Artificial Intelligence and Minority report, but also Pinky and the Brain and Animaniacs will begin his training at Cape Canaveral as soon as he finishes work on his latest movie, Robopocalypse.

If everything goes according to plan, landing on Mars will provide the extremely valuable answers the scientific community has been waiting for so long, and show once and for all if there is life on Mars or not. However, it will also be important for Hollywood as well – Mr. Spielberg announced he will be shooting some fantastic frames for his new movie, E.T. 2.