by Mihai Andrei
in Nanotechnology
A A

Finding ways to diagnose cancer earlier could potentially save millions of lives, improving the chances of survival for many patients. This is why researchers have developed nanoparticles which amplify tumor signals, making them much easier to detect.

Nanotech to the rescue 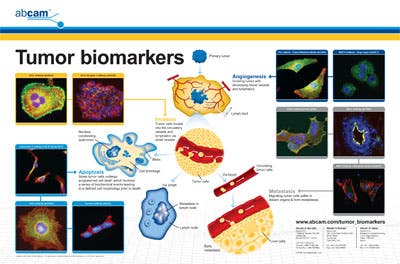 The new technology was developed by researchers from MIT and it makes biomarker detection much easier; a biomarker, which is short for biological marker is a characteristic that is objectively measured and evaluated as an indicator of normal biological processes – in this case, for detecting tumors. The team was led by Sangeeta Bhatia and they have developed nanoparticles that can find a tumor, and when they do, produce thousands of biomarkers, which can then be easily detected in the patient’s urine.

According to them, the biomarker amplification could also be used to monitor disease progression and responsiveness to treatment, explains Bhatia, the John and Dorothy Wilson Professor of Health Sciences and Technology and Electrical Engineering and Computer Science at MIT.

“There’s a desperate search for biomarkers, for early detection or disease prognosis, or looking at how the body responds to therapy,” says Bhatia, who is also a member of MIT’s David H. Koch Institute for Integrative Cancer Research.

Cancer cells produce many proteins that are not typically produced by healthy cells. However, the main problem in detecting the disease is that most often, the proteins are so diluted in the blood stream that it’s really hard to pinpoint. A recent study from Stanford University researchers found that even using the best existing biomarkers for ovarian cancer, and the best technology to detect them, it would take 8-10 years to detect an ovarian tumor.

“The cell is making biomarkers, but it has limited production capacity,” Bhatia says. “That’s when we had this ‘aha’ moment: What if you could deliver something that could amplify that signal?”

The research was funded by the National Institutes of Health and the Kathy and Curt Marble Cancer. Research Fund.