These ‘Fabergé Fractals’ Will Blow Your Mind

Whether we see them in math or in real life biology (or architecture, or art), fractals are just awesome. In case you don’t know, a fractal is a repeating pattern that displays at every scale. Basically, a fractal is a similar, never-ending pattern. No matteer how you zoom in or out, you end up with a similar pattern to the one you started with.

Geometrically, they exist in between our familiar, three dimensions. You may be familiar with fractal patterns since nature is full of fractals. For instance: trees, rivers, coastlines, mountains, clouds, seashells, hurricanes – all can exhibit fractal patterns. They’re also spectacular art, which is exactly the case here. 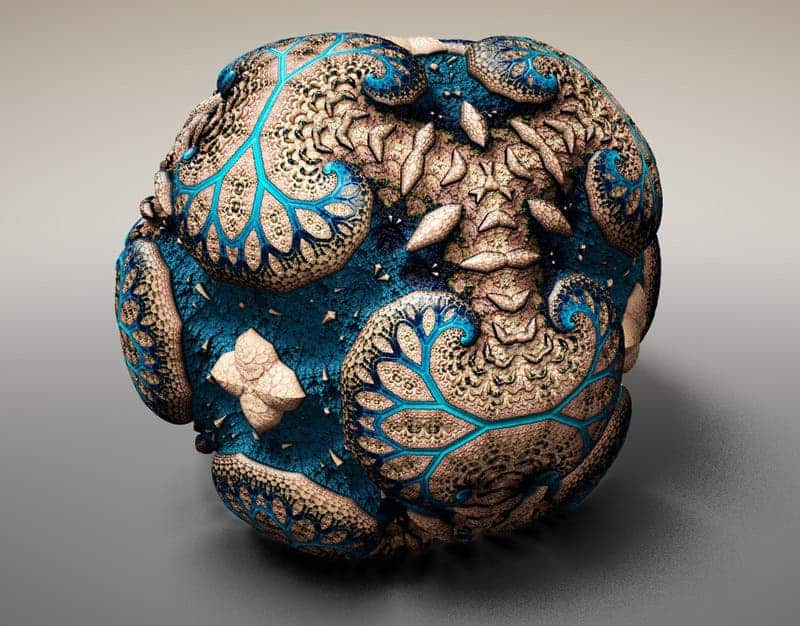 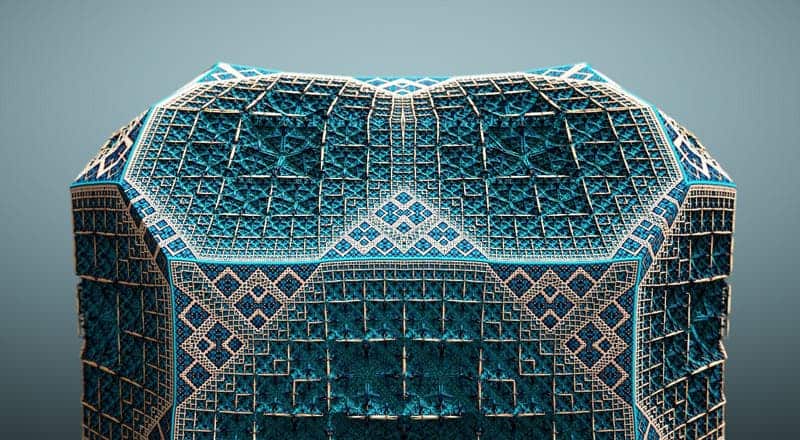 Artist Tom Beddard, previously from the University of St Andrews in Scotland, has produced ‘Fabergé Fractals’. Just like the ornate Fabergé eggs that were produced in Russia in the late 19th and early 20th centuries, Beddard’s creations are incredibly detailed, with labyrinthine curves and lines snaking across each object’s many sides. Beddard, who has a background in physics, uses a formulaic method to create these digital objects: 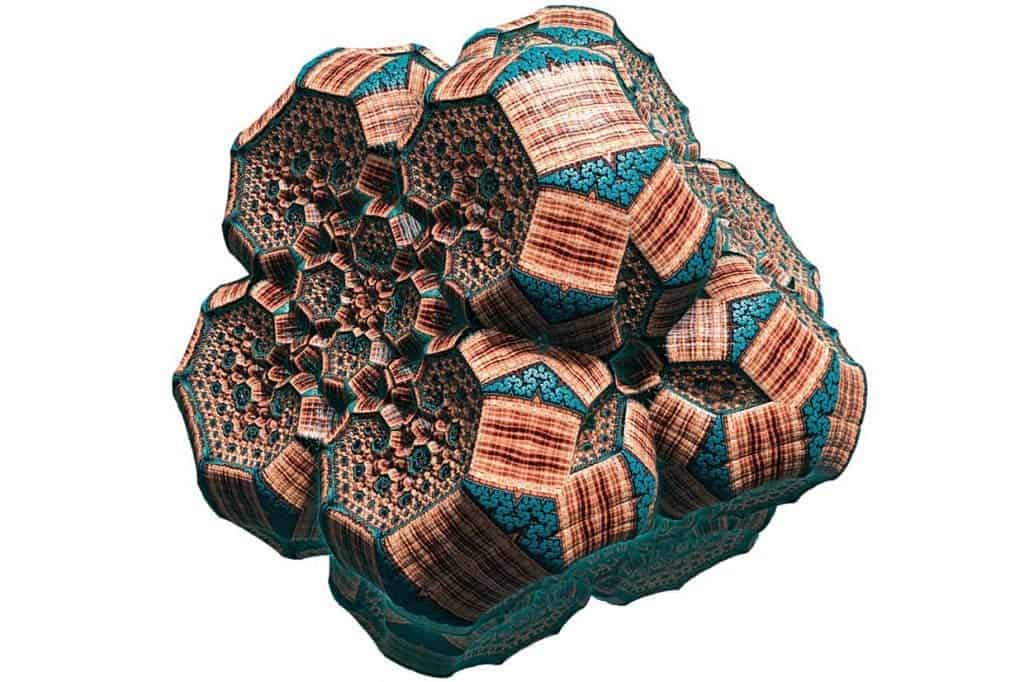 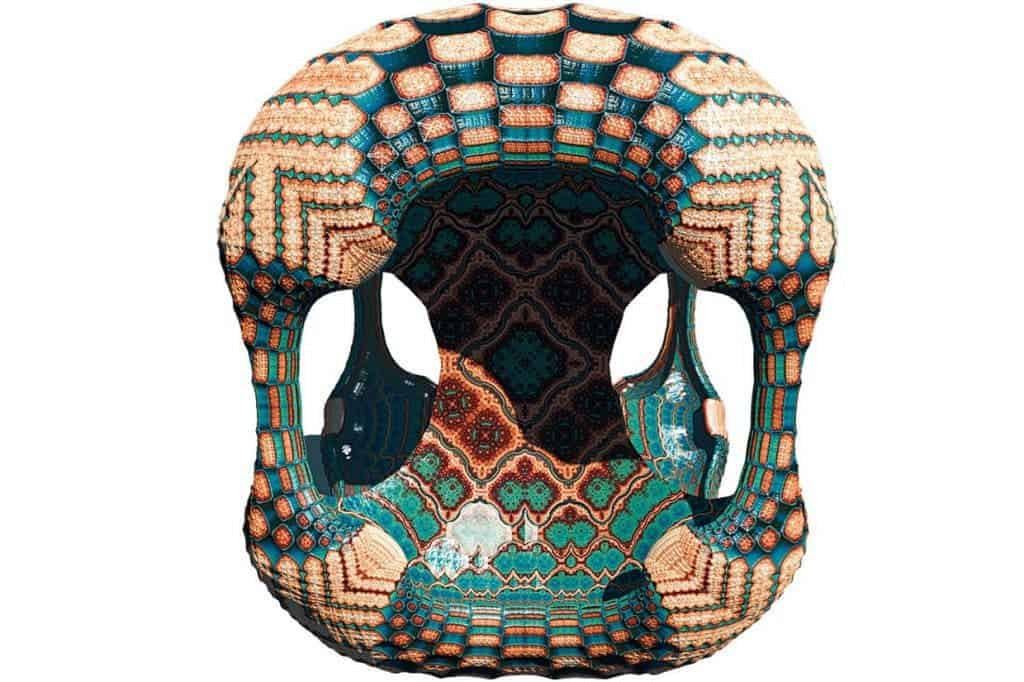 “The 3D fractals are generated by iterative formulas whereby the output of one iteration forms the input for the next. The formulas effectively fold, scale, rotate or flip space. They are truly fractal in the fact that more and more detail can be revealed the closer to the surface you travel.

The fascinating aspect is where combinations of parameters can combine to create structural ‘resonances’ of extraordinary detail and beauty—sometimes naturally organic and other times perfectly geometric. But then like a chaotic system it can completely disappear with the smallest perturbation.” 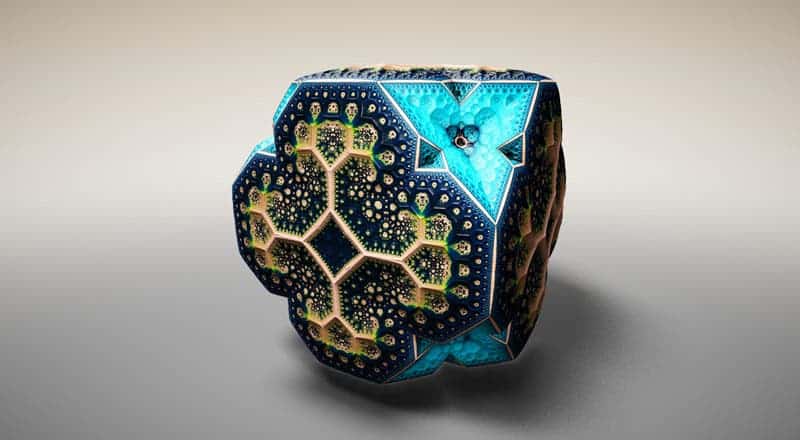 Indeed, despite being incredibly ordered, these fractal patterns also seem to border chaos in a tug of war type of battle. Personally, I’d love to see more of this type of art – and I’d like to seem them 3D printed!