For some patients, drilling holes through the skull is their best chance at beating addiction.

Some addictions are so unresponsive to conventional treatment that they call for desperate measures. A man in China who has been battling with amphetamine addiction is one of the world’s first people to receive deep brain stimulation (DBS) to treat his addiction. A pacemaker-like device was surgically implanted in the man’s brain where it stimulated specific areas known to be involved in addiction.

The procedure essentially uses electrical current to target an area of the brain that controls cravings, making the patient less inclined to use drugs and crave for them. In the case of this recent trial conducted at Shanghai’s Ruijin Hospital — which is the first DBD trial for methamphetamine — researchers targetted the nucleus accumbens, a brain region thought to be directly involved in reinforcing and addictive behaviors in response to drug use.

The area is also the primary site mediating reward behavior.

In the United States, DBS has been approved to treat epilepsy and Parkinson’s disease. Previously, researchers at Oxford University used this method to produce a 50% decrease in tremors among Parkinson’s patients. In this study, DBS stimulated an area of the brain above the motor cortex, which is implicated in controlling the tremors. Scientists passed a small alternating current through the electrodes, delivering an oscillating signal which is 180 degrees out of phase with the tremor signal to cancel it out, suppressing the physical tremor. As an analogy, some of you might be familiar with noise-canceling headphones: when you turn them on, the headphones detect ambient noise and deliver a signal that cancels it out so you basically don’t hear anything besides a faint beep. DBS for addiction works in a somewhat similar way — it just targets a different brain area with a different signal.

However, despite the success of such procedures, scientists in Europe and the United States have been reluctant to use this technology for addiction, particularly as it invasive and risky.

Addiction is driven by a complex interplay of biological, social, and psychological factors, so treating it is not as easy as flipping a switch. There’s also a great deal of uncertainty about how DBS works, as well as skepticism surrounding the quality and ethics of clinical trials conducted in China. Globally, there are eight registered DBS clinical trials for drug addiction, six of which are in China. Before they turned to DBS, doctors in China surgically removed small clumps of tissue from the brains of drug addicts. According to the Associated Press, “roughly half of 1,167 patients who had their brains lesioned stayed off drugs for at least five years,” but they also suffered “mood disorders, lost memories, and altered sex drives.” 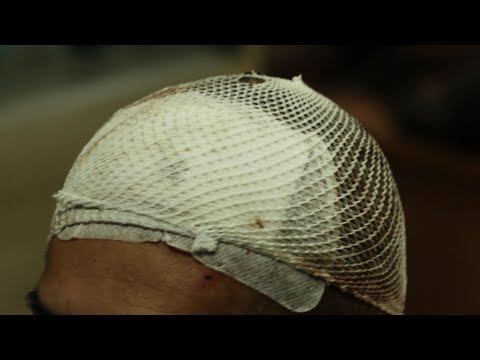 Although many argue that human experimentation with DBS for drug addiction should not be allowed, there’s a substantial societal pressure to do something about drug addiction. In 2017, more than 70,000 people died from drug overdoses in the United States, marking a twofold increase since 2007. Hundreds of thousands more are undergoing drug rehabilitation programs in drug rehab centers but for some, there aren’t any particular drug rehabilitation programs that can cure their addiction. Such was the case of ‘Yan’, the Chinese man who took part in this latest DBS trial for his amphetamine addiction. Yan lost his job, marriage, and health to his addiction but he has now reportedly stayed away from amphetamines in the six months since his surgery. “It controls your happiness, anger, grief, and joy,” the man reportedly described the device, which sounds eerily similar to the mood organ from Philip K. Dick’s landmark novel  Do Androids Dream of Electric Sheep.

It’s too early to say whether Yan’s case is a success story — and even if it is, it’s still unclear if the advantages of DBS outweigh the many risks. A patient could die of a brain hemorrhage, emerge with seizures, garner an infection, or leave the hospital an entirely different person.

As more and more dead bodies turn out because of drug addiction, similar experimental procedures are bound to appear on US soil as well. Recently, the Food and Drug Administration (FDA) has approved a DBS trial for opioid addiction, which is due to start in early Jane at the West Virginia University Rockefeller Neuroscience Institute.