About one-third of all traffic fatalities are due to alcohol-impaired driving.

About one-third of all traffic fatalities are due to alcohol-impaired driving. The nastiest part is that nearly 40 percent of alcohol-impaired driving fatalities are victims other than the drinking driver — totally innocent people. Though there has been some progress in reducing alcohol-related driving fatalities, a new report from the National Academies of Sciences, Engineering, and Medicine (NASEM) recommends a number of policy changes that could significantly reduce the number of deaths in traffic.

One of the most important recommendations made by the committee that authored the report has to do with the blood alcohol concentration (BAC) limit above which a driver can be prosecuted. Every individual’s biology is different and while it may take a couple of drinks for someone’s driving to become impaired, some people might get there from only one drink. That’s because the degree of impairment depends on several factors like weight, age, gender, race, and the ability to metabolize alcohol. What’s more, combining alcohol with caffeine and energy drinks can undermine a person’s ability to estimate their level of impairment. This is why some countries like Russia have zero tolerance for drinking alcohol on the road — you simply can’t know for sure where the line is crossed at a population level.

In all 50 states, drivers are not allowed to drive with a BAC at or above 0.08 percent. The NASEM committee, however, argues that the BAC limit should be downgraded to 0.05, citing studies that show an individual’s ability to operate a motor vehicle declines at lower levels of intoxication. For instance, countries that have decreased their BAC laws to 0.05 percent, such as Austria, Denmark, and Japan, have shown that this is an effective policy judging from the reduced alcohol-related fatalities.

“While getting to zero alcohol-impaired driving deaths sounds like an overly ambitious goal, it builds on the momentum of Vision Zero, an approach that recognizes that traffic-related fatalities are not just ‘accidents,’ but rather are embedded in a network of events and circumstances with causal links that can be averted,” said committee chair Steven Teutsch, adjunct professor at UCLA Fielding School of Public Health.

“The plateauing fatality rates indicate that what has been done to decrease deaths from alcohol-impaired driving has been working but is no longer sufficient to reverse this growing public health problem. Our report offers a comprehensive blueprint to reinvigorate commitment and calls for systematic implementation of policies, programs, and systems changes to renew progress and save lives.” 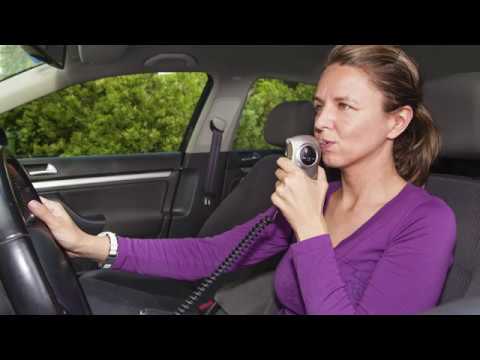 Besides leading to fatalities and ruining lives, alcohol-impaired driving costs the state $121.5 billion annually in medical costs, earnings losses, productivity losses, legal costs, and vehicle damage. For this reason, the government should be more proactive with enacting proven policies that make the nation’s roads safer — even if that means people should now abstain from another drink.

Other measures that the report proposes include increasing alcohol taxes significantly, strengthening policies to prevent illegal alcohol sales to people under 21 and to already-intoxicated adults, enacting all-offender ignition interlock laws, and providing effective treatment for offenders when needed.

[ALSO READ] How the alcohol industry lies to you

Technology can also play a very important role in curbing motor vehicle crashes due to alcohol. The National Highway Traffic Safety Administration (NHTSA) and the Automotive Coalition for Traffic Safety are currently developing noninvasive, in-vehicle technology that prevents drivers from operating vehicles when their BAC exceeds the limit set by state law. Auto insurers can then provide policy discounts to stimulate the adoption of such technology. Later, such tech could become mandatory in all new vehicles.

[ALSO READ] The science of hangovers

For instance, ignition interlocks —  a breathalyzer for an individual’s vehicle which requires the driver to blow into a mouthpiece on the device before starting the vehicle — have been proven to drastically reduce motor vehicle crashes. This is especially true for repeat offenders. According to 2015 statistics, out of the 1 million arrests for driving under the influence, about 20 percent to 28 percent of first-time DWI offenders will repeat the offense, and repeat offenders are 62 percent more likely to be involved in a fatal crash. The report recommends that all states should enact laws to require ignition interlocks for all offenders with a BAC above the limit set by state law.

Every loss of human life is a tragedy — but those instances where the fatality is totally preventable can be the most heartbreaking.