In ancient Rome, political discourse was sometimes like an internet fight

You think today’s political discourse is bad — you should have been in ancient Rome. 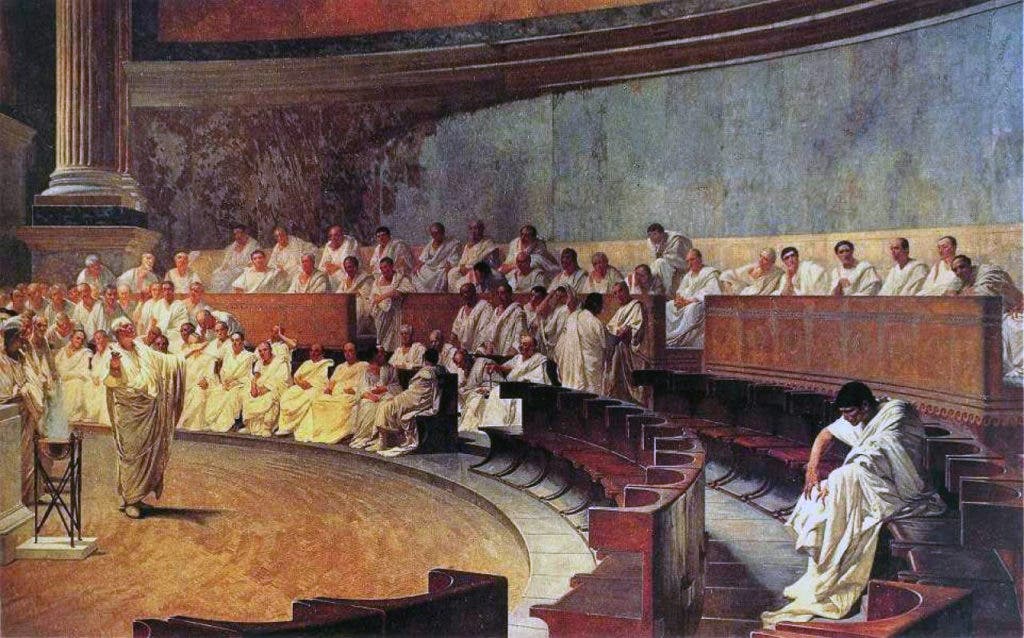 Politics in ancient Rome were not for the faint of heart. Not only were things volatile and often risky, but insults were commonplace.

“The attacks, also known as invectives, were an integral part of public life for senators of the Roman Republic,” explains ancient historian Prof. Dr. Martin Jehne of Technische Universität Dresden.

Jehne documents such abuses from antiquity to the present day. An interesting finding that Jehne reports is just how low Rome’s politicians would stoop, insulting each other for public support and, sometimes, for entertainment.

“Severe devaluations of the political opponent welded the support group together and provided attention, entertainment and indignation – similar to insults, threats and hate speech on the Internet today,” Jehne explains.

The insults and slander really had no limits — things would often get personal and very, very dirty.

“The famous speaker and politician Marcus Tullius Cicero (106-43 BC), for instance, when he defended his supporter Sestius, did not shrink from publicly accusing the enemy Clodius of incest with brothers and sisters,” says Prof. Jehne — a sexual practice that was not only profoundly immoral, but also illegal in Rome. “Clodius, in turn, accused Cicero of acting like a king when holding the position of consul. A serious accusation, since royalty in the Roman Republic was frowned upon.”

Interestingly, there were few legal consequences to these insults. There was no authority to establish limits on what is permitted in debates, and although they theoretically had a crime similar to slander, it was almost never enforced and the Romans didn’t seem to care much.

In fact, being able to withstand verbal abuse was seen as a sign of power — and not just from their peers, but also from the general public.

“Politicians ruthlessly insulted each other. At the same time, in the popular assembly, they had to let the people insult them without being allowed to abuse the people in turn — an outlet that, in a profound division of rich and poor, limited the omnipotence fantasies of the elite,” Jehne continued.

Furthermore, it wasn’t just the taking — Romans also prized the ability to dish out insults. Basically, if you wanted to be a true Roman — a citizen of the “Eternal City” and not a village pleb — you always needed to have your wits about you.

“They considered this an important part of urbanitas, the forms of communication of the metropolitans, in contrast to the rusticitas of the country bumpkins.” They made a downright boast of the slander flourishing in the city in particular. “When you were abused, you stood it, and if possible, you took revenge.”

Jehne will present these findings and many others at the 52nd Meeting of German Historians in Münster in September, in a section focused on abuses from antiquity to the present day.