One of Mozart’s lost compositions discovered after 230 years

by Tibi Puiu
in History, News
A A

A  four-minute cantata was found among the the mountains of archives in the Czech Museum of Music in November 2015. The score was likely written in 1785 by the maestro Wolfgang Amadeus Mozart, along with Antonio Salieri, popularly considered a rival, and an unknown composer called Cornetti.

The find was made after Timo Jouko Herrmann, a German composer, was browsing the museum’s online library and stumbled across the piece. The name  “Per la ricuperata salute di Ophelia”, translates into English as “For the recovered health of Ophelia”, immediately drew his attention. Investigations revealed that the piece was authentic.

“It is clearly the original piece and there is no reason to doubt it is genuine,” Herrmann said for The BBC.

“We don’t know when any other piece by Mozart is discovered, it could be soon but it could also be after another 100 years.”

After Mozart’s early date at only 35 years of age, rumors began to circulate that he was poisoned by Salieri, a favorite at the emperor’s court. This was further compounded by the film “Amadeus” that documented Mozart’s life in 1984. There’s absolutely no evidence to suggest that Salieri did in fact poison the great Austrian composer. The newly discovered composition  shows that Mozart was in fact on friendly terms with Salieri.

The rare print was played recently on harpsichord, an instrument that precedes the piano and was very popular among Baroque musicians. 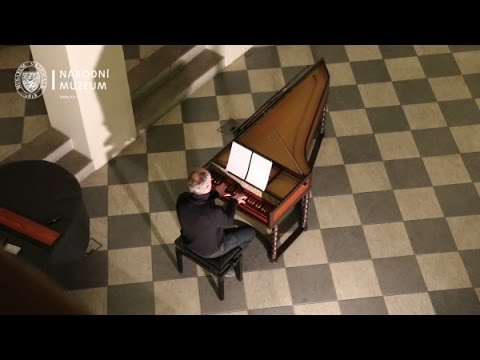