Remember about the auctioned Tyrannosaurus Bataar, taken out of Mongolia? Even though a court from Texas declared the auction illegal, the sale proceeded in New York, and unofficial, national court order has not been issued yet. However, that may change following the analysis of an international paleontologists team. 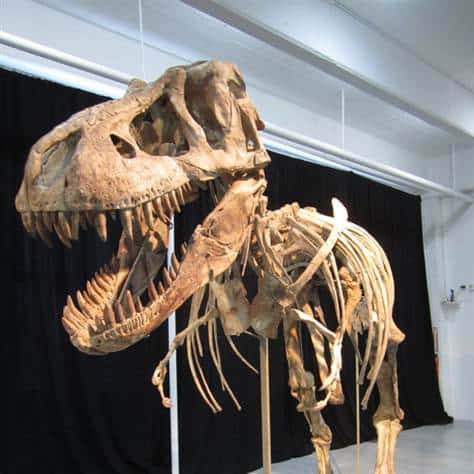 “We have pulled a lot of them out of the ground and seen a lot of others come out of the ground, and in our professional opinion it is from Mongolia,” said Mark Norell, a paleontologist at the American Museum of Natural History who began working in the Central Asian country in 1990.

Norell and fellow investigator Philip Currie, a paleontologist at the University of Alberta, announced their findings and were immediately seconded by Mongolian paleontologists. It is still not exactly clear how this will affect the sale itself, but it will definitely weigh greatly in the decision.

“I have no doubt that the Tarbasaurus bataar will be returned to Mongolia,” said Puntsag Tsagaan, senior adviser to Mongolian President Elbegdorj Tsakhia, following the investigators’ conclusions.

The return of the 75 percent skeleton of a Tyrannosaurus Bataar, the Asian relative of the better-known T-Rex would be a sign of good relations between the US and Mongolia, but perhaps even more important, it would send out a strong message to the “bad guys, those who illegally excavate fossils and sell them on the black market,” Tsagaan said.

“It would be premature for us to comment on a paleontological opinion we have neither seen nor had time to study. “Heritage will continue to assist the ongoing efforts to achieve a fair and amicable resolution,” he added.

Aside from Mongolians and paleontologists directly involved, numerous other scientists are following the events.

“I think it’s good for this case to come up because one of the things that happens, a lot of fossils are being brought into this country and sold in this country and there is not too much awareness of fossil collecting laws in other countries,” said Kirk Johnson, chief curator and vice president for research and collections at the Denver Museum of Nature & Science. “Mongolia owns all its fossils, not like the U.S.,” where people can dig up fossils on their private land and own them.