by Mihai Andrei
in Geology, Other
Reading Time: 1 min read
A A
Share on FacebookShare on TwitterSubmit to Reddit 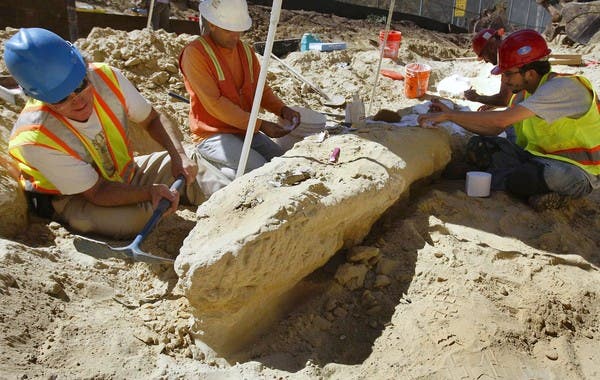 Well this is definitely not your average fossil hunt, by any standards. The excavating team was doing it’s thing, just as in any other day, when they heard a weird scraping sound. Gino Calvano, a paleontologist at the San Diego Natural History Museum was nearby, heard the sound, and headed straight towards the point of interest.

He looked at the machine operator and understood they had come across something totally unexpected.

“I just kind of made eye contact with him,” Calvano said. “He knew right away that I had heard something big.”

A quick inspection revealed it was a part of a whale skeleton, from about 3 million years ago; just after that, a whole team was assembled and started chipping and cleaning the fossil, which will be of course passed on to the local museum, where it will be added to an already impressive collection.

“The people are new,” said Sarah Siren, the museum’s paleontology field manager on site. “The whales have been here the whole time.”