by Mihai Andrei
in Environment, Geology
Reading Time: 2 mins read
A A
Share on FacebookShare on TwitterSubmit to Reddit

Usually, the military taps into what science does and uses its technologies – but for once, it was the other way around. Using unmannes planes typically designed for city warfare, scientists were able to keep track of toxic volcanic fumes. 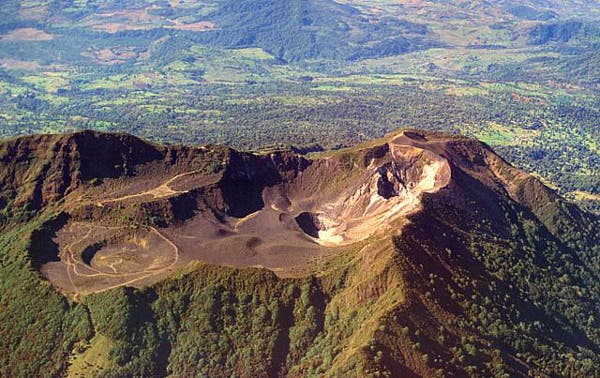 The Dragon Eye remote-controlled plane weighs in at just under 6 pounds (2.7 kilograms), with a 3.75-foot (1.14 meters) wingspan and 2 electric motors. Designed for the military, it is commonly used for reconnaisance; showing some good practical sense, NASA acquired three retired Dragon Eye planes and sent them to Costa Rica to monitor Turrialba Volcano. The volcano is especially well known for ongoing sulphur dioxide emissions, which are very harmful to crops and humans directly.

The project’s goal is to take a more detailed look at the direction of volcanic plumes, and the concentration and distribution of volcanic gases than is possible with satellites.

“It is very difficult to gather data from within volcanic eruption columns and plumes because updraft wind speeds are very high and high ash concentrations can quickly destroy aircraft engines,” David Pieri, the project’s principal investigator and a research scientist at NASA’s Jet Propulsion Laboratory in Pasadena, Calif., said in a statement. “Such flight environments can be very dangerous to manned aircraft.”

The planes just carried a 1-pound (0.5 kg) sensor payload above the volcano’s summit, with flights ranging as high as 12,500 feet (3,810 m) above sea level, and the results were very satisfying. In the future, NASA wants to bring an ever bigger plane, which can carry a heavier sensor, to detect other potentially harmful gases emitted by the volcano.