First expedition inside a volcano 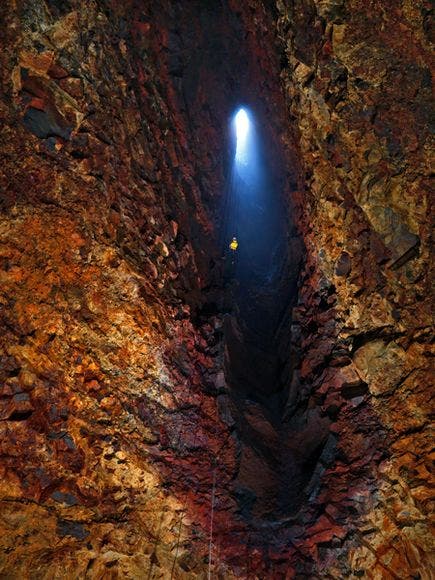 Volcanoes have fascinated human beings since the dawn of time; thankfully, now we know enough not to think of them as powerful earth/fire gods, but to understand them as the magnificent phenomena they are. However, there are still many things we still haven’t been able to figure out them, and even if we would have, they would still be fascinating.

For the first time in history, a scientific expedition was made with the goal of going into the abyss, inside the magma chamber of a dormant Iceland volcano, Thrihnukagigur; yeah, don’t even try to pronounce it. Climber Einar Stefánsson rappelled in October along the magnificent room; the magma chamber supplies the volcano with molten rock that goes up (slower or faster) during of eruption. 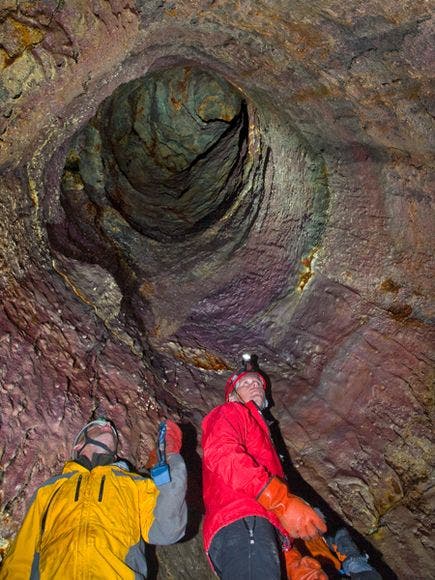 Thrihnukagigur has been asleep for 3000 years, but it could wake up in any moment; it contains only only ancient magma that has already solidified on the walls or went back to the depths of the Earth.

“Thrihnukagigur is unique. … It’s like somebody came and pulled the plug and all the magma ran down out of it,” said volcanologist Haraldur Sigurdsson, who appears in Into Iceland’s Volcano, a new documentary featuring the expedition, airing Friday on the National Geographic Channel.

The documentary with the descent down into the magma chamber has aired on Nat Geo on April 8, but you will still be able to check it out, and I really recommend this. While people often to into volcano craters, or shallow volcanoes, this is the first actual expedition inside a volcano – and it was definitely worth it.