Volcano erupts in Indonesia, no major damage done so far

A volcano erupted in eastern Indonesia, spewing a significant amount of ash and lava; thankfully, no deaths or injuries were reported so far. 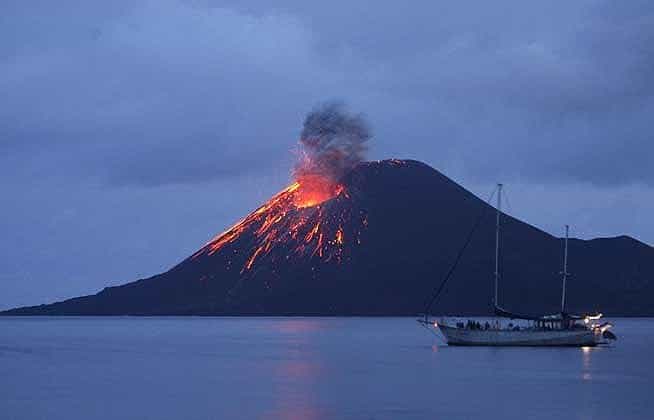 Mount Gamalama is a near-conical stratovolcano that comprises the entire Ternate island in Indonesia. Volcanologists say Mount Gamalama sprung to live last week, unleashing two smaller eruptions that went largely unnoticed. Kristianto (the state volcanologist which only goes by one name) explained lava was raised as up as 1 kilometer, and although many villages have been covered with a thick cover of ash, no evacuations have been ordered.

However, a state of a alert is still in order, especially as last year, at Gamalama’s previous eruption, following landslides killed 4 villagers. No other disturbances for aerial transport are expected.