The giant, prehistoric squid that wasn’t

A day or two ago, a whole lot of science websites (including ourselves, let’s be fair), wrote about the big Triassic ‘kraken’; basically, everyone was talking about a super intelligent predatory squid which fed on ichtyosaurs. Funny enough, but when I asked the paleontologists working at my University, they all smiled ironically. Why, you may ask? Well, because there’s not one shred of evidence to back that up. 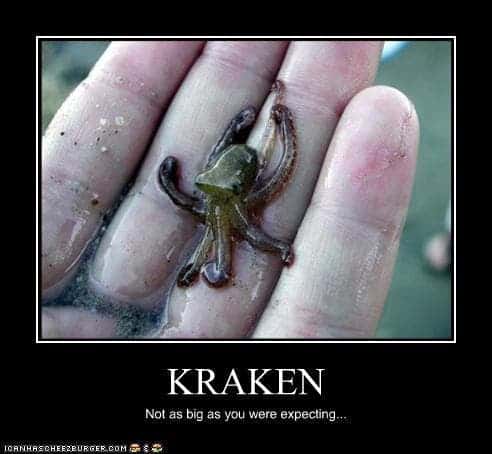 Now, of course it is unfortunate that the press was all over this story and promoting it like crazy, despite the lack of scientific backup, but when science sites make mistakes such as this one – this just can’t be pardoned. If you have no idea what the original story, here’s the main idea:

There were a lot of ichtyosaur bones found in central Nevada, in what is now called the Berlin-Ichtyosaur State Park. Now, why these 15 meter long reptiles (Shonisaurus popularis) were found in such larg numbers is not known, so paleontologists have come up with several theories, such as poisoning or strange tides, etc. Mark McMenamin and wife Dianna Schulte-McMenamin of Mount Holyoke College have come up with their own theory: that it was an old cemetery, where a squid like none has ever been seen used to eat and throw its meals. Now, nothing wrong with that mind you – it’s as good a theory as any, but THERE IS NO CLEAR EVIDENCE TO BACK IT UP. You see, unlike politics, that’s how things work in science: when somebody SAYS something, that doesn’t really matter; when somebody BACKS IT UP with clear evidence – that’s when people start listening. 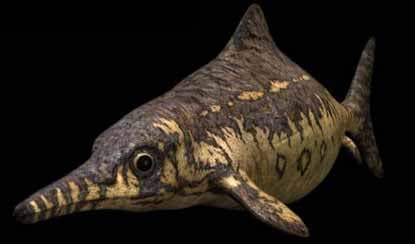 At the moment, there’s no fossil indication of what they call ‘the kraken’. No fossil, no preserved body parts, no hooks, nothing! The whole theory (I insist, theory) is based on the fact that there are a lot of ichtyosaurs in the area; and if a giant ichtyosaur eating kraken wasn’t enough, guess what – it even played with its food. An extraordinary claim like this requires extraordinary evidence, and there is none. Sorry if I’m repeating myself, but hopefully this will make it clear. Hey, and you don’t have to be a paleontologist to realize this.