A new species of “sea monster” was unearther in Nevada – a predator so fierce that it often hunted prey as big or bigger than itself. 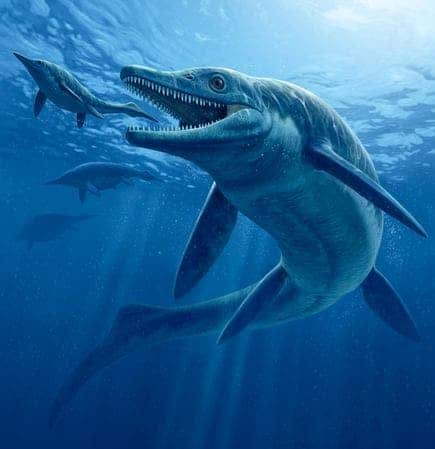 Thalattoarchon saurophagis translates into “lizard-eating sovereign of the sea” – and boy is that a good name. It measured well over 8 meters and lived some 244 million years ago, during the Triassic, before the Jurassic period. The creature was an early ichtyosaur, giant marine reptiles that resembled dolphins but were the dominant marine predators for tens of millions of years.

Paleontologists from the Berlin’s Museum of Natural History said the fossil is unusually well preserved, maintaining its skull, fins, and entire vertebral column.

“It is pretty amazing, particularly for an animal this size,” said Fröbisch, who is also a National Geographic explorer.

If Thalattoarchon would have any equivalents today, those would be sharks and killer whales (oracas). But what’s truly interesting about the fossil is that it shows how species and even ecosystems could bounce back from the most catastrophic event.

“This animal occurs only eight million years after the biggest mass extinction event in Earth’s history, the Permian extinction, which literally wiped out up to 95 percent of all the species in the ocean,” Fröbisch explained. “The ocean was a pretty empty place afterward.” 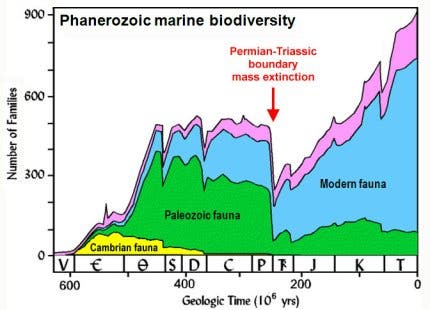 The Permian extinction was indeed the most tragic event in our planet’s history; it occured 252.28 million years ago and its exact cause (or causes) are still unknown. It was a key moment for all life on Earth, much more difficult than the event that wiped out the dinosaurs 65 million years ago. But fossil records showed that life quickly bounced back after this event, despite all odds.

Where does Thalattoarchon fit in ? Well, when ecosystems bounce back, they bounce from the bottom up. If a top predator like itself appears, that means there’s a whole lot of food for it available, which means that the ecosystem has pretty much recovered; to put it another way, top predators are the last ones to reemerge.

“Toward the end of the Cretaceous, they declined more and more, and their diversity also declined—and then they finally disappeared,” Fröbisch said.

It’s actually possible that at one point, they became too good for their own sake – virtually eliminating all the food sources available.