A 350 million year old fossilized scorpion has become the world’s oldest known land animal to have ever walked the supercontinent Gondwana. 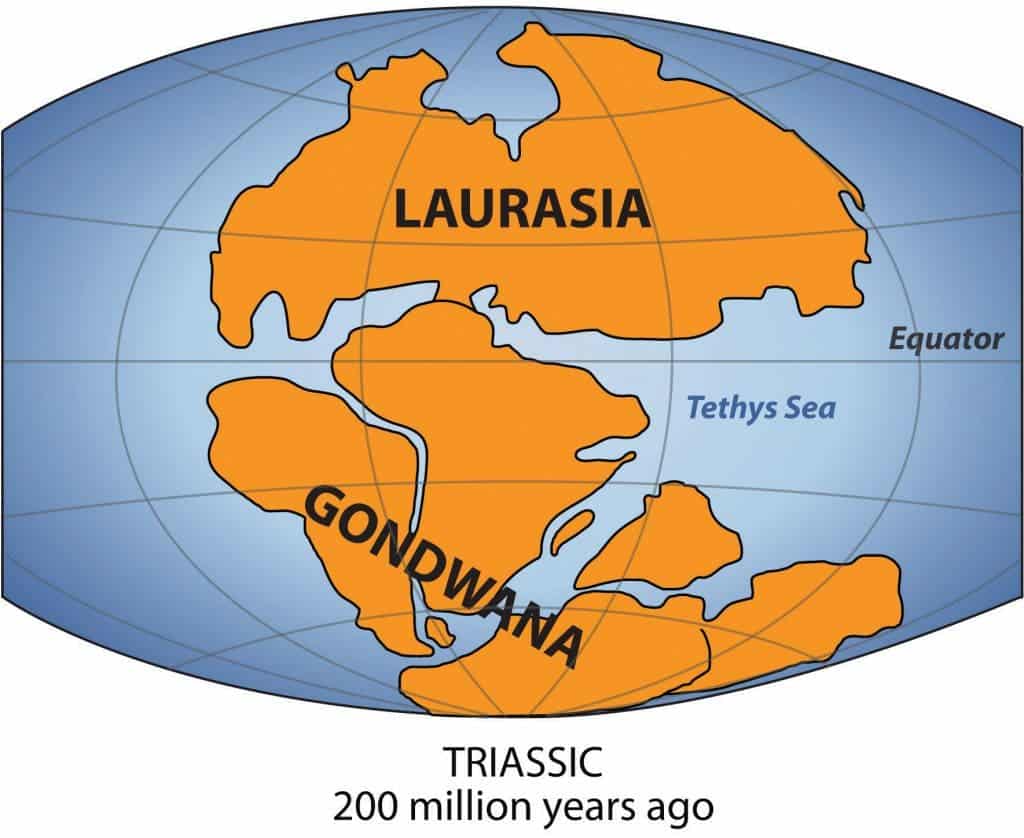 It’s 350 million years ago – take a moment to ponder that. Take a long human lifespan of 100 years, and multiply it by 100, and again by 100 – now you have a million years. Multiply it again by 350, and you get to the life of this now fossilized scorpion! It blows my mind just to think about that; it was so long ago, that the face of the Earth looked nothing like it does now.

There were only two major continents back then, called Laurasia and Gondwana, separated by the Tethys sea. Gondwana included most of the landmasses in today’s Southern Hemisphere, including Antarctica, South America, Africa, Madagascar and the Australian continent, as well as the Arabian Peninsula and the Indian subcontinent, which are now a part of the Northern hemisphere.

We’re in a period called Carboniferous – when amphibians were dominant land vertebrates and were almost starting to evolve into reptiles, arthropods are extremely common, and vast swaths of forest cover almost every inch of land; these forests will lie down and eventually become coal – thus giving the name of the period (Carboniferous = coal bearing). 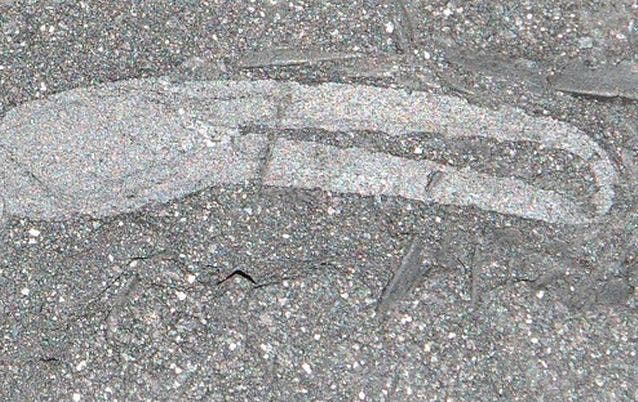 Ok, Gondwanese isn’t a real word, I just made it up. But this new species, Gondwanascorpio emzantsiensis is the oldest we know that walked on Gondwana. Its discovery brings some tantalizing clues about the development of life before Earth’s continents broke apart to form the continents as we see them today.

“There has been no evidence that Gondwana was inhabited by land living invertebrate animals at that time,” said Robert Gess who is based at the Evolutionary Studies Institute at Wits University.

Gess uncovered the scorpion fragments—with a pincer and a sting clearly showing in the rock in South Africa, near the Eastern Cape. The implications this finding has are quite significant.

“For the first time we know for certain that not just scorpions, but whatever they were preying on were already present in the Devonian,” added Gess.

“We now know that by the end the Devonian period Gondwana also, like Laurasia, had a complex terrestrial ecosystem, comprising invertebrates and plants which had all the elements to sustain terrestrial vertebrate life that emerged around this time or slightly later,” said Gess. 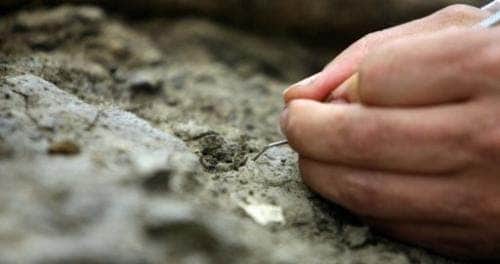 The first real land vertebrates, from which ultimately even humans evolved appeared some 350 million years ago.

Journal reference: The earliest record of terrestrial animals in Gondwana: A scorpion from the Famennian (Late Devonian) Witpoort Formation of South Africa.