A 7.5 earthquake has struck near the Hindu Kush region of Afghanistan, close to the border with Pakistan and Tajikistan.

A 7.5 earthquake has struck near the Hindu Kush region of Afghanistan, close to the border with Pakistan and Tajikistan. Most of the damage was actually felt in Pakistan, but its extent is not yet known. 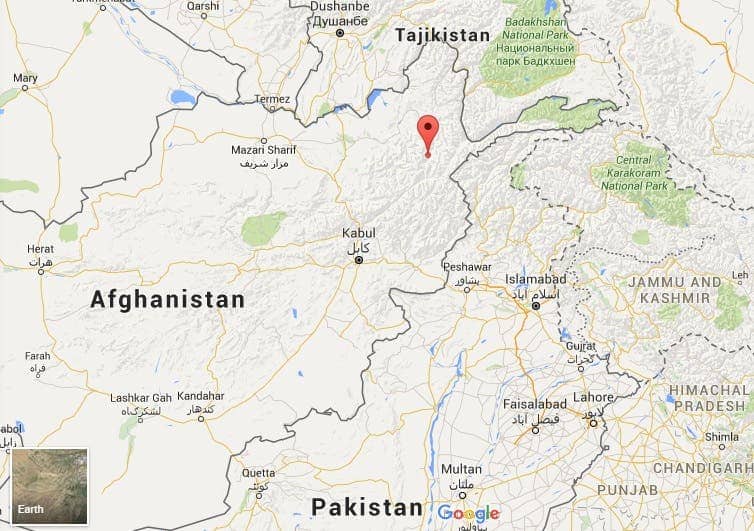 A 7.6 earthquake struck Pakistan in 2005, killing 86,000. While thankfully, this one doesn’t look so bad, authorities still expect casualties. Local media is reporting that a building has fell down in Peshawar, and there are also reports of landslides in the area.

The earthquake source was located some 133 miles deep (210 km deep), which makes it an intermediary depth earthquake. This is generally a positive thing, because it means the seismic waves have a longer distance to travel to the surface, and therefore have more chances to dissipate their energy. However, their impact is felt at greater distance from the epicenter. USCG Geo-physiologist Zachary Reeves said:

“Being deeper helps negate the impact at the surface, because it has to travel further to get to the surface,” Reeves said. “It has mote of a distance to lose energy when it reaches the surface. But this is a pretty big earthquake, so it might not matter that much.”

Geologically speaking, the focal mechanisms indicate the rupture occurred either on a near-vertical reverse fault, or a shallowly dipping trust fault. The tectonic cause is the Indian subcontinent which continues to move northward and collide with Asia at a velocity of almost 4 cm / year.

Focal mechanisms indicate rupture occurred on either a near-vertical reverse fault or a shallowly dipping trust fault. At the latitude of the earthquake, the India subcontinent moves northward and collides with Eurasia at a velocity of about 37 mm/yr.