The rate of global warming varies from year to year, and climate change deniers try to take advantage of this and argue that global warming is actually slowing down. That may or may not be true, but Earth is still on course for extremely dangerous levels of warming, and, as yet another study has concluded, this is also causing extreme weather.

by Dragos Mitrica
in Science
Reading Time: 3 mins read
A A
Share on FacebookShare on TwitterSubmit to Reddit

The rate of global warming varies from year to year, and climate change deniers try to take advantage of this and argue that global warming is actually slowing down. That may or may not be true, but Earth is still on course for extremely dangerous levels of warming, and, as yet another study has concluded, this is also causing extreme weather. 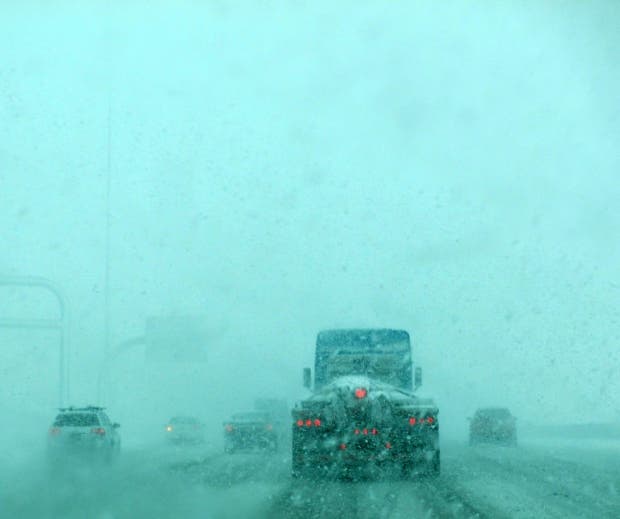 “Climate change includes not only changes in mean climate but also in weather extremes. For a few prominent heatwaves and heavy precipitation events a human contribution to their occurrence has been demonstrated,” the study reads.

This new study actually tried to quantify how much of extreme weather is caused by humans. They found that 18 percent of extreme rain events are caused by global warming, but if the temperature rises by 2 degrees Fahrenheit (1.1 Celsius), which is expected to happen by 2050, that number will rise to 39 percent. If that doesn’t seem like much… well, it is. It means that about 1 in 5 such extreme events are currently caused by humans, and in 35 years, almost half of them will – that’s huge!

“This new study helps get the actual probability or odds of human influence,” said University of Arizona climate scientist Jonathan Overpeck, who wasn’t part of the research. “This is key: If you don’t like hot temperature extremes that we’re getting, you now know how you can reduce the odds of such events by reducing greenhouse gas emissions.”

Several other non-involved researchers have praised it as highly valuable and elegant.

Lead author Erich Fischer, a climate scientist at ETH Zurich, a Swiss university, and colleague Reto Knutti used 25 different computer models to reach that conclusion, simulating a world without human-released greenhouse gases. They then dialed up greenhouse gas emission, simulating what will likely happen in future years, to deliver projections on the future.

“The models were analyzed using one of two IPCC carbon emission projections. The first was a scenario where greenhouse gas concentrations continue to rise unabated through the 21st Century. The second assumes emissions are reduced to address global warming, peaking by 2040 before declining sharply. Under the high emissions scenario, the difference in average projected end-of-century warming between the two groups of models is less than 0.1°C; a tiny fraction of the projected 5°C global warming if emissions are not curbed.”

We’re even more responsible for heat waves – the study found that 75% of all very hot days can be blamed on us. The study proposed global estimates, and mentions that the margins of error, plus or minus about 13 percent with current hot days, grow larger when smaller regions are considered. However, when people ask if a single event was caused by human activity or not, it’s often not the right question to ask, because it’s often a mixture of natural and human impact.

“Our research shows that while there may be short-term fluctuations in global average temperatures, long-term warming of the planet is an inevitable consequence of increasing greenhouse gas concentrations,” said Professor Matthew England, with the ARC Centre of Excellence for Climate System Science. “This much hyped global warming slowdown is just a distraction to the task at hand.”