by Mihai Andrei
in Environment, Home science
Reading Time: 2 mins read
A A
Share on FacebookShare on TwitterSubmit to Reddit

You might think that the worst thing shampoo can do to you is sting your eyes or make your hair look bad, but as it turns out, a study has shown that some 100 well known shampoo brands include a carcinogen known as cocamide diethanolamine (cocamide DEA). 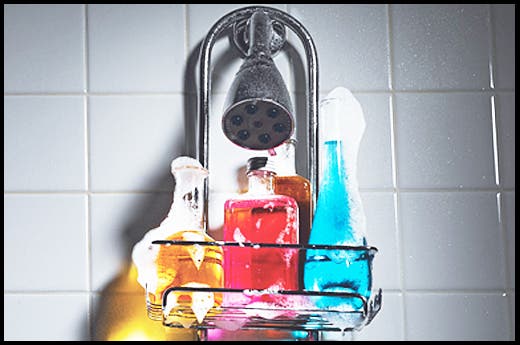 “Most people believe that products sold in major stores are tested for safety, but consumers need to know that they could be doused with a cancer-causing chemical every time they shower or shampoo,” said Michael Green, executive director of Center for Environmental Health.

Cocamide DEA is also an allergen that may cause contact dermatitis in individuals who are susceptible to skin allergies. The substance is basically a chemically modified form of coconut oil used as a thickener or foaming agent in shampoo (and other cosmetics, for that matter); it is also banned in several states across the world.

The Center for Environmental Health based in Oakland, California (a state where the substance is banned) conducted the study and concluded that 98 of the brands contain Cocamide DEA, as well as some other shady substances – even though some are sold to children and one was even labeled as organic! (Organic, by Africa’s Best).

Amanda Just of Ecorazzi writes a good description of the situation:

Some of the products that contain high levels of the illegal chemical are sold under well-known companies such as Colgate Palmolive, Paul Mitchell, and Prell. Lab tests also found the carcinogen in children’s products, such as a store brand bubble bath from KMart, and a shampoo/conditioner from Babies R Us. Other store brand products that contain the carcinogen came from Trader Joe’s, Walmart, and Kohl’s.