by Mihai Andrei
in Discoveries, Home science, Other
A A
Share on FacebookShare on TwitterSubmit to Reddit

Easter Island (Rapa Nui in the native Easter Island language) is situated in the southeastern Pacific Ocean – it’s an overseas territory of Chile. It’s the most isolated inhabitated area, and it’s famous for the monumental statues, called moai (pronounced MOE-eye) which have fascinated and baffled people for many, many years; and still, no good explanation stands. As you can see from below, there are three Rano (freshwater crater lakes), at Rano Kau, Rano Raraku and Rano Aroi, but no rivers or streams. 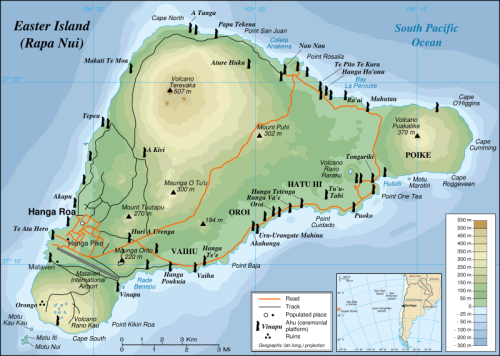 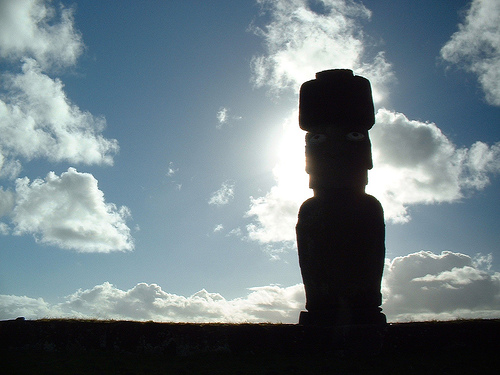 It’s history is just fascinating! It’s really rich and impressive, but still highly controversial. 1200 years ago a double-hulled canoe filled with seafarers from a distant culture landed upon its shores. During the centuries that followed, a remarkable society developed in isolation on the island, thriving and fluorishing. Here, the theories start to diverge, and no two are alike. What’s known for sure, is that they endured famines, epidemics, civil war, slave raids and colonialism which made their whole society crumble to dust – more than once! Yet, they managed to leave a cultural legacy that surpassed everything you could expect.

Moai (statues) and other carvings 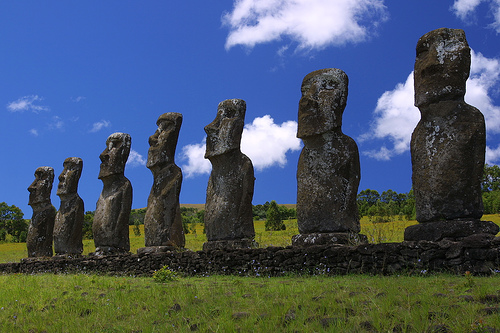 These statues are the most important reason for the island’s fame. Due to the fact that the island was a volcanic one, they had several types of rocks to build from (Basalt, Obsidian, and more important – Tuff from Rano Raraku, which was used for most of the Moai). These impressive monolithic human figures were carved mostly between 1250 and 1500 AD, are some of the most incredible ancient relics ever discovered. The Moai are the ‘living faces’ and lavish representations of ancestors who had been deified. But how were hundreds of these giants that weighed 10-80 tons (one unfinished Moai had the weight of 270 tons) created and more interesting, moved across the island? Also, what would be the point of building them? Nobody has been able to come up with a satisfying answer to these questions. 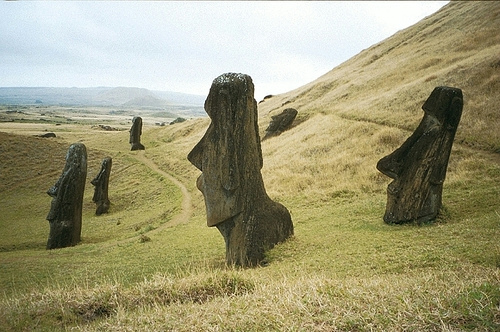 Another mystery concerns the colonization and creation of the culture. Orthodox archaeologists believe that Easter Island was initially settled sometime around 318 AD by a small group of Polynesians lost on the open sea, but other scholars believe it may have once been part of far larger island and that the original discovery and use of the site may be many thousands of years earlier in time.
Another point of interest is represented by Ahu. Ahu are stone platforms on which some of the moai were erected, varying greatly in layout. 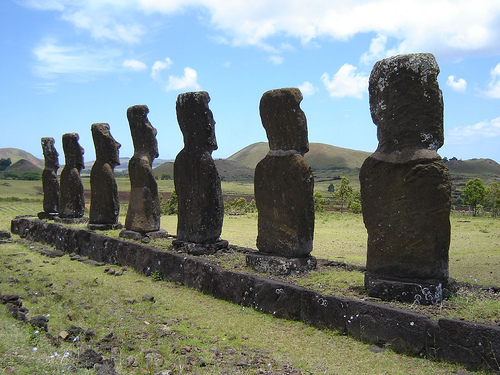 Photo by vtveen. Moai on an Aru 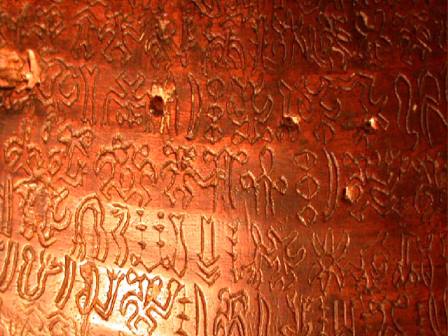 As if these mysteries weren’t enough, there’s more! Rongorongo is the Easter Island’s script, and it is among few (if not the only one!) that was created out of nothing, without outside influence. Of the hundreds of wooden tablets and staffs reportedly having Rongorongo writing carved on them, only 26 survive, and scientists haven’t been able to decipher it. Also, several wood carvings, including Moko-Miro, a man with a lizard head, Rei Miro, a gorget or breast ornament of crescent shape with a head at one or both tips, and many others fill the island’s puzzle, but still, no “solution” seems in reach.

So, they left behind an amazing culture, and some interesting facts. But what’s by far the most interesting is still a mystery. The people of Easter Island called themselves the Rapa Nui. Where did they come from and why did they disappear? We’ve learned so much about them and yet, every answer brings more questions. Were those people actually able to build and move statues weighing tens of tons? Are we speaking about a very ancient and evolved civilization, something that would resemble Atlantis? Did … aliens have something to do with that? No matter how ludacris it could seem, it could be possible. After all, nobody’s been able to explain it. 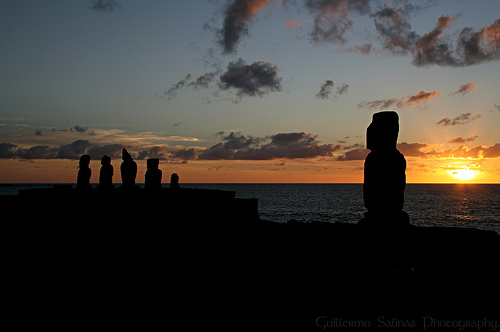