In a landmark liftoff, the first privately owned spaceship which can carry passengers will head for a test flight beyond the atmosphere this year – and over 500 people have reserved seats already. 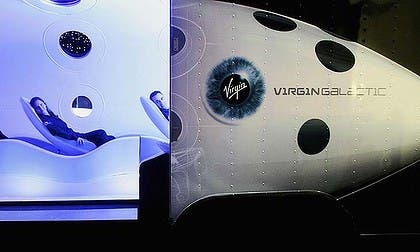 More and more companies are starting to look at space tourism as a reliable source of income, and another company has just secured $US5 million equity financing, which is just enough to build a two seated rocket plane which will be called Lynx. These two firms and several more are considering flying not only people into outer space, but also experiments and payloads owned by research laboratories, institutes and other companies.

“There are fascinating businesses that may come that would be tremendously exciting,” said Carissa Christensen, managing partner of the Tauri Group, which is working on a commercial space market study to be released in May. “There also are tremendous financial challenges, requiring enormous capital, and there are risks,” she said.

While at the moment this is only an option for the thrill seekers with deep pockets, analysts believe routine, reliable, and relatively cheap space flight is not that far away. Given the drastic budget cuts NASA and other space agencies have suffered lately, this kind of approach seems almost unavoidable – and many intend to profit from this niche.

“I really believe that this is the engine that’s going to finally break the logjam that has kept us wondering why more interesting things aren’t happening in space,” said Jeff Greason, president and co-founder of XCOR Aerospace, developer of the Lynx rocketplane.

Aside from people who have the means and the will to pay for their space trip, private companies are getting a big boost from NASA itself, who only last year hired seven companies to fly suborbital science experiments, including Virgin Galactic and XCOR Aerospace. Many believe the NASA program is “going to be a big kick-start for this industry”, but others fear this will only endanger the future of space exploration. However, at the moment, it seems quite clear that steady, reliable and cheap space flight can only come from private companies.

“The way some perceive this industry is that it’s about flying rich playboys into space. That is a lie,” said Greason at XCOR Aerospace, which secured $US5 million in equity financing, enough to produce the first operational Lynx rocketplane. “We have ideas about what we do with routine and reliable access to space, with making space a research tool that’s available to engineers and scientists. But whatever our ideas are today, in 10 years they are going to look very antiquated, he said.”