Climate Change is a Current Reality, lengthy US report concludes

Climate change is no longer a distant threat – it’s happening now, and it poses real, clear dangers in the US. Another report conducted by White House researchers confirms previous reports by IPCC and other scientific panels. 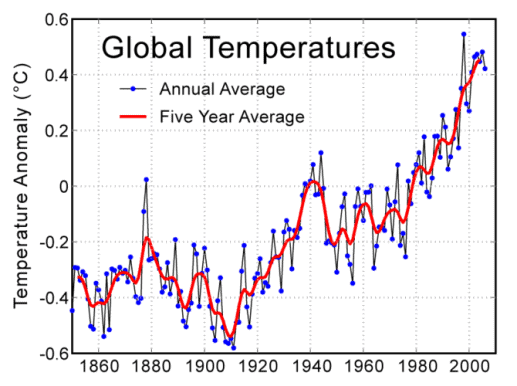 The report is the latest update from the U.S. Global Change Research Program, and it shows very concise ways through which global warming is affecting the US – today.

“Climate change, once considered an issue for a distant future, has moved firmly into the present,” the report says in its introduction.

The report analyzed over 800 research papers, and it is the most comprehensive look at the effects of climate change in the U.S. to date. Even the highlights which were presented to the press were 137 pages long – a massive work indeed. It took a look at the effects which were observed in infrastructure, agriculture, human health, and access to water.

The findings were in harmony with other reports on climate change – the effects of global warming are huge, and they’re happening now. Temperatures have risen from 1.3 degrees to 1.9 degrees Fahrenheit (depending on the part of the country) since people began keeping records in 1895 – with most of the growth taking place in the past 40 years.

If you look at it at first, you might be tempted to think that it’s not that much of a difference. I mean, we’re talking under 2 degrees Fahrenheit, how bad can that be? The answer is: pretty darn bad!

The direct damage is the easiest to notice: heat waves. Heat waves are already the top cause of weather-related deaths in the U.S., killing over 2.000 people every year. Also, much more people suffer from health issues related to extreme heat. But there are other, even more serious and profound problems – droughts, hurricanes, sea level rise. In the North East for example, there has been a 71 percent increase in the “very heavy” (top 1%) storms in the past 5 decades.

“The climate hazards are looking as severe as ever, but I think there is a message contained in the report that our ability to respond is about getting going,” said Radley Horton, a scientist at Columbia University Earth Institute’s Center for Climate Systems Research. “The question is, are we able to meet the challenges, given the growing understanding of how much the climate could change this century?”

A time for action

The report signals that the country is “beginning to move beyond the debate about whether climate change is real or not, and really getting down to rolling up our sleeves” and addressing it. It’s high time we accept the fact that climate change is real, it’s happening now, and we are causing it, and start implementing some solutions. The US especially, along with most developed countries (except perhaps for Western and Northern Europe) was built for the past climate – not for the present one.