Researchers have found a cheap and quick way of producing peptides in a laboratory. Producing one of the body's natural defenses against cancer and then implanting it into patients can prove pivotal in the fight against cancer.

by Mihai Andrei
in Chemistry, Diseases, Nanotechnology, News
Reading Time: 3 mins read
A A
Share on FacebookShare on TwitterSubmit to Reddit

Researchers have developed a simple, highly effective and cheap way of making artificial anti-cancer molecules that mimic the properties of one of the body’s natural defense systems – peptides. 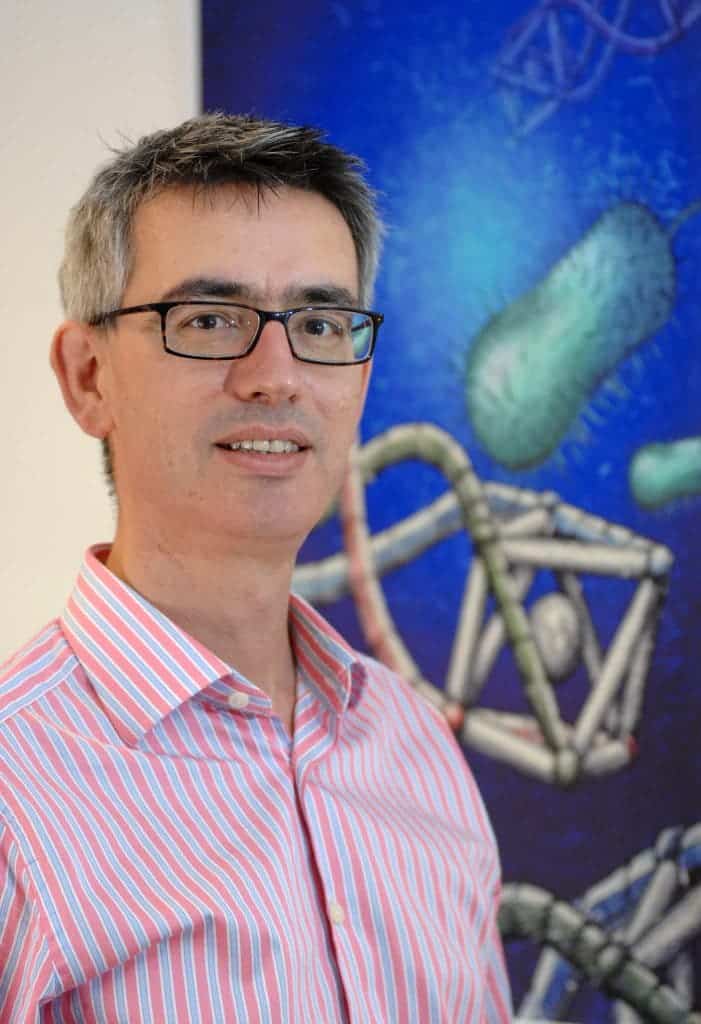 Peptides are naturally occurring biological molecules. Peptides are naturally produced by the body to fight some infections and cancers and have proven to be effective against colon cancer cells in laboratory tests. Now, a team of chemists led by Professor Peter Scott at the University of Warwick, UK, have been able to produce molecules that have a similar structure to peptides.

The idea of developing peptides in a lab is not new, but producing artificial peptides has been prohibitively expensive, and highly time-consuming. However, with this new technique, artificial peptides can be produced in a matter of minutes, and the process doesn’t require expensive materials or machines.

They key here was a form of complex chemical self-assembly which, in addition to reduced costs and time, also produces very stable molecules. The authors have a very poetic way of visualizing this process:

“The chemistry involved is like throwing Lego blocks into a bag, giving them a shake, and finding that you made a model of the Death Star” says Professor Scott. “The design to achieve that takes some thought and computing power, but once you’ve worked it out the method can be used to make a lot of complicated molecular objects.”

However, just because the process is effective doesn’t mean it’s also simple – on the contrary.

“When the organic chemicals involved, an amino alcohol derivative and a picoline, are mixed with iron chloride in a solvent, such as water or methanol, they form strong bonds and are designed to naturally fold together in minutes to form a helix. It’s all thermodynamically downhill. The assembly instructions are encoded in the chemicals themselves.”

“Once the solvent has been removed we are left with the peptide mimics in the form of crystals”, says Professor Scott. “There are no complicated separations to do, and unlike a Lego model kit there are no mysterious bits left over. In practical terms, the chemistry is pretty conventional. The beauty is that these big molecules assemble themselves. Nature uses this kind of self-assembly to make complex asymmetric molecules like proteins all the time, but doing it artificially is a major challenge.”

So far, the results have proven very effective in lab tests, but the real test will be to see how they fare in clinical trials on patients. However, scientists are optimist, especially as the artificial peptides exhibit a very low toxicity to bacteria, and will probably not have significant side effects.

“This is very unusual and promising selectivity,” says Professor Scott.