Nanomachines destroy cancer by drilling holes into it

Zap the cancer away.

Doctors may someday use fighting nanomachines to puncture cancerous cells and destroy them. These devices are powered by light and spin so fast that they burrow their way through cell linings.

Because cancer is such a complex problem, researchers are trying to take it down from different angles — some more creative than others. Working at Durham University, a team led by Dr. Robert Pal developed motorized molecules that can either deliver drugs or drill holes into specific cells by drilling through their membranes. The key is a paddlelike rotor, a series of three rings of carbon atoms which begin rotating 2 million to 3 million times per second when hit by ultraviolet light. At the same time, the sides of the stator feature arms of carbon, nitrogen, and oxygen that stretch out and selectively grip surface of the cell. Without the rotor, the molecules harmlessly attached themselves to the target cells but didn’t do anything else. This approach could also be used for drug delivery. 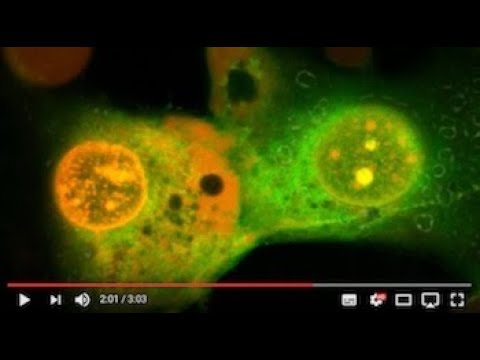 These nanomachines are so small that you can fit about 50,000 of them in a width of human hair.

Their potential effectiveness was proven in a trial. It took the between one and three minutes to break through the outer membrane of prostate cancer cell, and once they did, the cell was instantly killed.

“We are moving towards realising our ambition to be able to use light-activated nanomachines to target cancer cells such as those in breast tumours and skin melanomas, including those that are resistant to existing chemotherapy.

“Once developed, this approach could provide a potential step change in non-invasive cancer treatment and greatly improve survival rates and patient welfare globally.”

So far, the molecules have only been tested in vitro (lab tests). Next up, researchers want to test them in vivo, on real life creatures. First up: bacteria and fish. So even if everything goes successfully, it will be quite a while before we can talk about human studies.