An aggressive campaign of producers of baby formula has led to a decrease in breastfeeding rates.

by Melvin Sanicas
in Health & Medicine, Mind & Brain, Science
Reading Time: 3 mins read
A A
Share on FacebookShare on TwitterSubmit to Reddit

Bacteria resistant to antibiotics are everywhere — including the human gut, regardless of whether a person has taken antibiotics or not. Antibiotic resistance (or antimicrobial resistance, a.k.a. AMR) is one of the main global threats to public health. Being colonized by opportunistic pathogens carrying antibiotic resistance genes (ARGs) increases the risk of acquiring infections that are difficult to treat. Worldwide, an estimated 214,000 neonatal deaths each year are due to septic infections caused by antibiotic-resistant pathogens. Bacteria resistant to antibiotics are transmitted between individuals similar to how bacteria, viruses and other pathogens are: through direct contact or through food.

In this recently completed study, the researchers investigated the amount and quality of bacteria resistant to antibiotics in breast milk and the gut of mother-infant pairs, resulting in three important findings.

Another study by investigators at the University of Edinburgh reported that babies born before their due date (premature infants, also known as preemies) show better brain development when fed breast milk rather than formula. Premature birth has been linked to an increased risk of problems with learning and thinking skills in later life, which are thought to be linked to alterations in brain development. 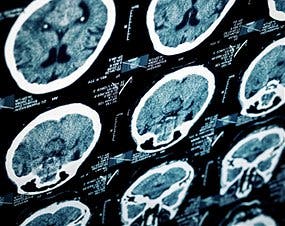 The investigators studied magnetic resonance imaging (MRI) brain scans from 47 babies who had been born before 33 weeks gestation with scans that took place when they reached term-equivalent age. The team also collected information about how the infants had been fed while in intensive care — either formula milk or breast milk from either the mother or a donor. They found that babies who exclusively received breast milk for at least three-quarters of the days they spent in the hospital showed improved brain connectivity compared with others. The effects were greatest in babies who were fed breast milk for a greater proportion of their time spent in intensive care. The study suggests that brain development in the weeks after preterm birth is improved in babies who receive greater amounts of breast milk.

Breast milk is the perfect nutrition for a baby, providing all the proteins, fats, vitamins, minerals, and enzymes that a young body needs to stay healthy. Unfortunately, rates of breastfeeding and breastmilk consumption are well below desired levels. Only 40% of infants worldwide are breastfed exclusively until they are at least six months old, as the World Health Organization (WHO) recommends. The reasons are complex, but in many countries, lack of education, together with aggressive marketing by makers of baby formula, has contributed to a decline in breastfeeding.