German researchers announced they found a new species of frog which dyed their hands bright yellow as they handled it. Reptile and amphibian specialists at the Senckenberg Research Institute in Frankfurt, Germany, discovered it in 2010 in the Serrania de Tabasara mountains of western Panama, one of the most understudied areas in the world. 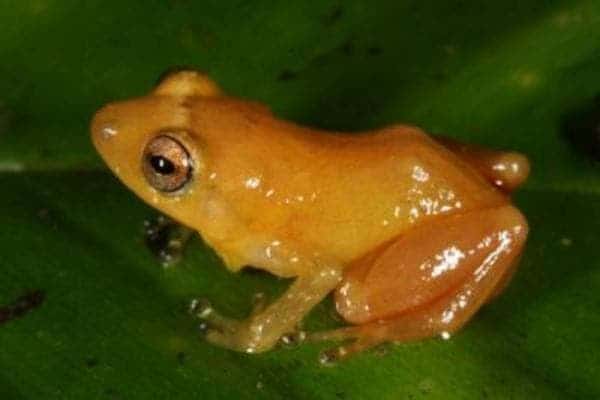 “When we finally caught the first individuals by hand, we noticed that it dyes ones fingers yellow when it is handled,” researcher Andreas Hertz said. “The scientific name (Diasporas citrinobapheus) of this new frog refers to this characteristic and means yellow dyer rainfrog.”

The frog is less than 2 centimeters long, and it is still unclear why it uses the dye, as it easily washes and is not toxic.