New research from Queen Mary University of London shows goats quickly learn how to solve complicated puzzles and can remember the solution for at least 10 months, which might explain their remarkable ability to adapt to harsh environments.

Basically, scientists trained a group of goats to retrieve food from a box using a sequence of steps – first, they pulled a lever with their mouths, and then lifted it to release their reward. It took them less than 2 minutes to figure it out, and when they were tested 1 month and then 10 months later, they still remembered how to do it. 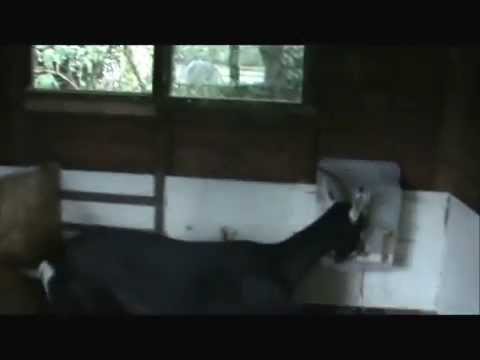 “The speed at which the goats completed the task at 10 months compared to how long it took them to learn indicates excellent long-term memory,” said co-author Dr Elodie Briefer, now based at ETH Zurich.

The study showed another interesting thing. Initially, the goats were watching another, already trained goat solve the puzzle. However, goats didn’t care much for learning this way, preferring to learn things on their own.

“We found that those without a demonstrator were just as fast at learning as those that had seen demonstrations. This shows that goats prefer to learn on their own rather than by watching others.”

Goats are very good at adapting to harsh environments and finding food which is difficult to access, such as foraging for plants in woods, or climbing. This is the first time scientists have investigated the goats’ ability to learn complex cognitive tasks and remember them, and it yielded surprising effects.

“Our results challenge the common misconception that goats aren’t intelligent animals – they have the ability to learn complex tasks and remember them for a long time.