Scientists at The University of Nottingham have come across what can be a monumental discovery, demonstrating for the first time a new layer of the human cornea. The layer, which was described in a paper in Ophthalmology, could help surgeons to dramatically improve outcomes for patients with severe cornea affections and those undergoing surgery. 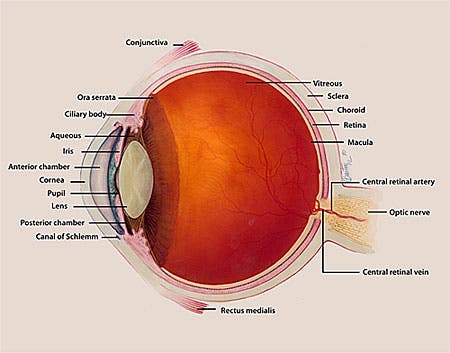 The new layer has been named Dua’s layer, after academic Professor Harminder Dua, who made the discovery.

“This is a major discovery that will mean that ophthalmology textbooks will literally need to be re-written. Having identified this new and distinct layer deep in the tissue of the cornea, we can now exploit its presence to make operations much safer and simpler for patients,” says Dua, a professor of ophthalmology and visual sciences. “From a clinical perspective, there are many diseases that affect the back of the cornea which clinicians across the world are already beginning to relate to the presence, absence or tear in this layer.”

The cornea is the transparent part of the front of the eye which covers the iris, pupil, and anterior chamber. Along with the anterior chamber, the cornea acts like a lens, refracting and bending light to best suit the view. It is responsible for about two-thirds of the eye’s total optical power.

The newly discovered layer is just 15 microns thick – which may not seem like much, but when you compare it to the cornea’s entire thickness, which is about 550 microns, it becomes significant. Ophtalmologists proved the existence of this layer by simulating human corneal transplants and grafts on eyes donated for research purposes to eye banks located in Bristol and Manchester.

Their discovery has the potential to help hundreds of thousands of people, or even more – giving a better understanding on corneal problems and providing better solution, both in terms of treatment and surgery.