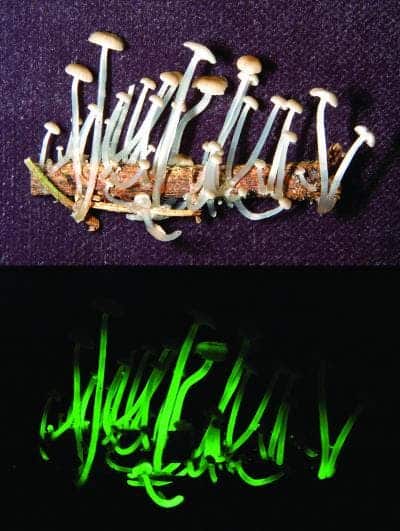 Man I tell you, you can never have enough mushrooms… it’s really hard to put my finger on it, but for some reason they’re just really awesome; and glow in the dark mushrooms, that’s even more awesome. Not one, but seven of these new species were discovered, increasing the number of luminescent fungi from 64 to 71 (71 species of mushrooms that glow in the dark… that’s really something). 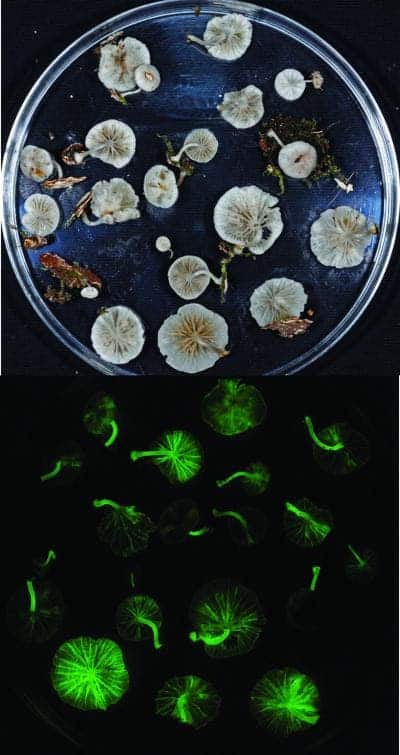 Reported in today’s journal of Mycologia, these discoveries also shed some light on the evolution of luminescence. San Francisco State University Biology Professor Dennis Desjardin and colleagues discovered the fungi in Belize, Brazil, Dominican Republic, Jamaica, Japan, Malaysia and Puerto Rico and these discoveries mean four species that are absolutely new and three new reports of luminescence in already known species. What’s really interesting is that three quarters of these glowing shrooms belong to the Mycena genus, a group that feed off and decompose organic matter as a source of nutrients.

“What interests us is that within Mycena, the luminescent species come from 16 different lineages, which suggests that luminescence evolved at a single point and some species later lost the ability to glow,” said Desjardin

“It’s pretty unusual to find this many luminescent species, typically only two to five percent of the species we collect in the field glow,” Desjardin said. “I’m certain there are more out there.”

They have already named two of the species Mycena luxaeterna (eternal light) and Mycena luxperpetua (perpetual light), inspired by Mozart’s Requiem, and also by the fact that they glow 24 hours a day. Until today, Desjardin has discovered more than 200 glow in the dark species of mushrooms, and while I’m not sure how useful they really are, one thing’s for sure: they’re really cool.