Beetle species could be listed as threatened

It’s not only tigers, corals and other known and liked animals that are close to extinction: beetles have it rough too. 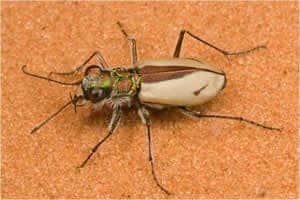 In what is now a desperate effort to save the declining number of one beetle species, the U. S. Fish and Wildlife Service has issued a proposal on Tuesday suggesting that the Coral Pink Sand Dunes tiger beetle should be put on the endangered species list, and furthermore, designate a 2000 acre area as critical habitat.

The Service explained that beetle numbers have been going down drastically since 1992, most of the damage being done by climate change and off-highway vehicle use.

“These rare, striking beetles are in trouble and can only be saved by Endangered Species Act protection,” said Mr. Noah Greenwald, endangered species director at the center.

Beetles play a very important role in local ecosystems, and if they have it pretty rough, you can expect a number of other species to have it pretty rough as well. In 1994, a ruling from the Fish and Wildlife Service gave the beetle a “candidate” status – which basically means they’re not endangered, but they’re not looking so good right now and we’ll just wait a little longer and see how it works out. Well, it’s not working out fine, so hopefully, they’ll be protected too – because it’s not about protecting the emblematic species or the cute ones – it’s about protecting the ones who truly need it.

The Coral Pink Sand Dunes tiger beetles are about a half inch in size and have striking coloration upon. They have white wing cases with a thin reddish band and an upper thorax with a metallic sheen.