Scientists auction snake names to save them

How would you name a snake?

The official names of five snakes are up for auction — and the money raised will go towards saving them.

Want to show someone you love them? Or even better, would you like to name a snake after your ex? Or perhaps you just want to help save a few snake species? Well, then you just missed your chance. A team of biologists has auctioned the naming rights of five newly discovered snakes and the money might just save them from extinction.

With four out of five snakes already at risk of extinction, it seems like a sensible thing to do. The international research team decided to auction off their naming rights, and with the money they gain, they hope to purchase and save a previously unprotected 72 hectares (178-acre) plot of land where some of these species live. If everything goes according to plan, Fundación Jocotoco is to add the purchased plot to the Buenaventura reserve, thereby expanding the only protected area.

The snakes themselves are rather unique. They have an unusual taste for snails, which has led to a remarkable adaptation: their jaws have developed in such a way that they can suck the viscous slimy body of a snail right out of its shell. The species are described in a new study, where Alejandro Arteaga, an Ecuadorian-Venezuelan Ph.D. student at the American Museum of Natural History and scientific director of Tropical Herping and his team present their unusual habits. 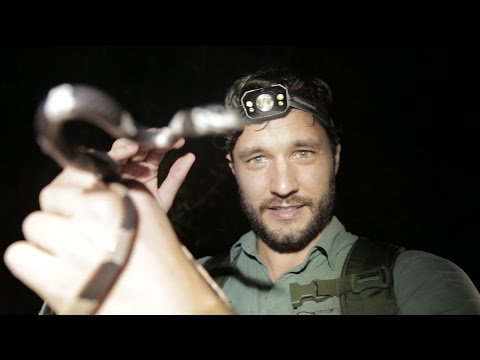 Three of the species were discovered in rainforests in Ecuador between 2013 and 2017, while the other two were found in drier environments. Having made the highest bid at the auction, the Rainforest Trust (RT) and Bob Ridgely got to name three of the five new snakes. Ridgely, who is a renowned conservationist, has opted for the following names:

The remaining two species, Dipsas oswaldobaezi and Dipsas klebbai, were named after Dr. Oswaldo Báez and Casey Klebba, respectively, in recognition for their passion for Ecuador’s biodiversity and conservation.

It’s a very unusual and creative technique, which to be honest, also seems very practical — the benefits are obvious.

“We had to let people know that these cool snakes exist,” Alejandro said, “and that these species might soon stop to exist, and we need people’s help to protect the snake’s habitat.”

“Several companies let you name a star after a loved one,” he noted, “but, generally, such names have no formal validity. Naming an entire species after someone you love or admire is different. With few exceptions, this is the name that both the general public and the whole scientific community will use. So, why not let people choose the name of a species in exchange for a donation that protects its habitat?”

Naming species is a part of the very core of biological studies and is more than just a symbolic gesture — once a species is named, it stays that way. Renaming species is possible, but it’s very rare, and generally only happens when a species has been misclassified or needs to be reclassified.

However, it should be noted that making a public auction can also have some unexpected consequences. Who knows — the next new species of snake might be called Snakey McSnakeface.