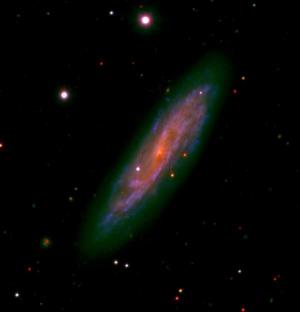 This project was backed up by U.S., Italian and German partners and it promised to be the next step in taking pictures of celestial objects. It consists of a giant binocular telescope on Mount Graham, Ariz, and it recently made its first picture, using the its twin side-by-side, 8.4-meter (27.6 foot) primary mirrors together, achieving what was called the first “binocular” light.

This telescope, called LBT made a very significant breakthrough not just for its builders, because it is now the most powerful telescope we have, but for astronomy itself. Also, the University of Arizona owns a quarter of the observing time.

“To have a fully functioning binocular telescope is not only a time for celebration here at LBT, but also for the entire astronomy community,” UA Steward Observatory Director, Regents’ Professor and LBT Corp. President Peter A. Strittmatter said. “The images that this telescope will produce will be like none seen before. The power and clarity of this machine is in a class of its own. It will provide unmatched ability to peer into history, seeing the birth of the universe.”

These first images show a galaxy called NGC 2770, which is about 102 million light years from our Milky Way, which makes it relatively close. The galaxy has a flat disk of stars and glowing gas tipped slightly toward our line of sight. The great images were taken thanks to the light-collecting area equivalent to a single 11.8-meter (39-foot) surface that produces image sharpness equivalent to a single 22.8-meter (75-foot) telescope.

“Among astronomy projects, the LBT gives me the most satisfaction, because it is very revolutionary, and because it has given Arizona the largest and the best telescope in the world,” Angel said. “When all the pieces are in place, the LBT will take images sharper than any other telescope. I think it’s the most likely telescope to take the first pictures of planets around other stars because of the unique advanced technologies used to build it.”