The ball aproaches the field and… touchdown! NASA’s Phoenix Mars Lander survived the fiery dive into Mars’ atmosphere Sunday to make a three-point landing in the planet’s arctic regions. This is absolutely a fantastic achievement which included an impressive amount of work and so many people that struggled for this common magnificent objective.

I can’t agree with him more – just take a look for yourself: 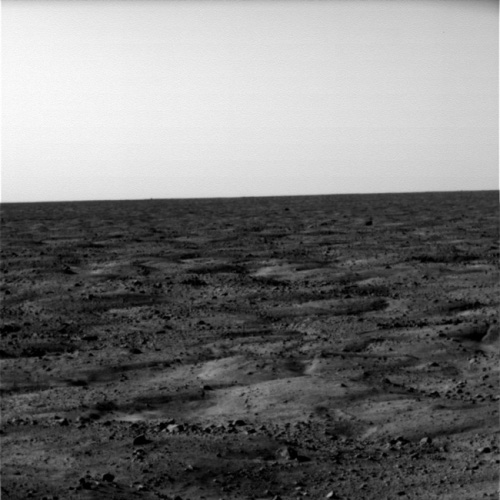 Whatsmore, everything went totally as planned; the spacecraft landed in the Vastitas Borealis plains within the Martian arctic circle, where it is slated to spend at least three months searching for water ice hidden away below the frozen surface.

“This team has performed perfectly…did you see that thing zoom down and then just touch?” said an exuberant Peter Smith, Phoenix’s principal investigator of the University of Arizona. “It’s not on a rock…it’s in a safe place.”

The $420-million Phoenix mission, which launched in August, is designed to dig down to the rock-hard layers of water ice thought to lie under the Martian soil in the northern arctic region. To crown this impressive achievement, a single cry of one of the NASA comentators was heard: “Phoenix has landed! Phoenix has landed!”